Rapper Post Malone is headed out on tour this year across North America with recent collaborator Swae Lee.

The Runaway Tour will kick-off this fall on September 14 in Tacoma, Washington, followed by gigs in cities like Portland, Atlantic City, Raleigh, Tampa, and Denver. He’ll make stops at venues like New York City’s legendary Madison Square Garden, TD Garden in Boston, and Sacramento’s Golden 1 Center, as well as festivals like Life Is Beautiful in Las Vegas, Voodoo in New Orleans, and his own Posty Fest in Dallas before wrapping-up in Los Angeles at The Forum late November.

During the trek, Malone will be joined by Swae Lee, who is featured on the smash-hit track “Sunflower” from the film Spider-Man: Into the Spiderverse. Rising rapper Tyla Yaweh will also provide support.

Malone released his debut record Stoney back in 2016, but garnered attention with his 2018 breakthrough LP beerbongs & bentleys. The track “rockstar” featuring 21 Savage has been streamed over 1 billion times on Spotify, with “Better Now” coming in second with over 960 million streams. He’s hit the No. 1 on the Billboard Hot 100 with “Psycho” and “Rockstar,” followed by “Wow.” and “Better Now,” making him a staple in the hip-hop and pop community. Earlier this month, he released “Goodbyes” with Young Thug.

Check out his full list of upcoming tour dates below. 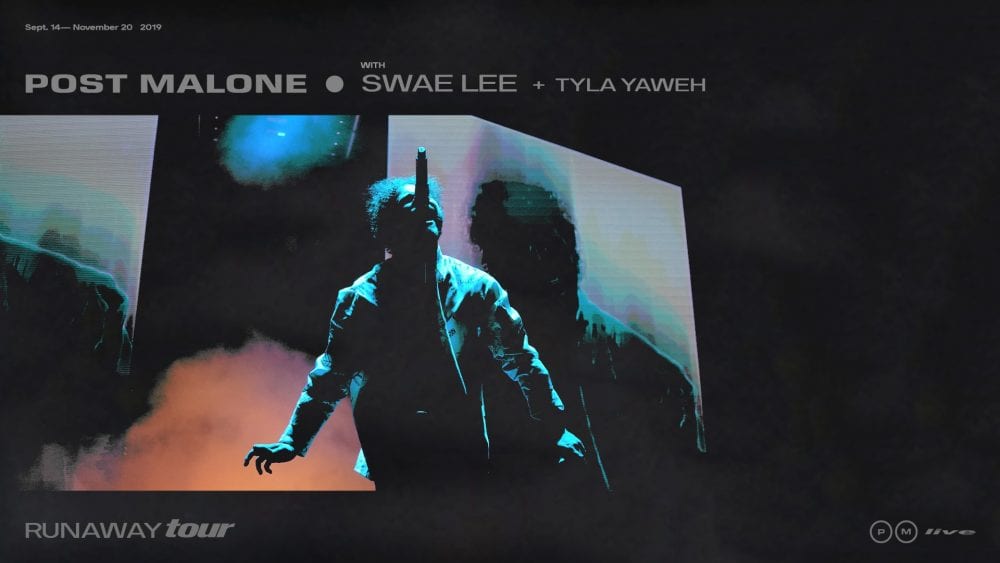