Seattle-Tacoma’s hip-hop station KUBE-FM 93.3 was set to bring their once-annual Summer Jam concert back this year, however, the show has now been called-off.

The concert was slated to take place on July 26 at the Tacoma Dome. Originally, “Sky Walker” R&B artist Miguel was dubbed as the headlining performer, but was replaced by rising hip-hop star YK Osiris, the Seattle Times reports. “On GOD” rapper YG, along with Los Angeles-based hip-hop artists Lil Baby, Kid Ink, Pardison Fontaine, and City Girls were set to take the stage, as well as Burien’s Travis Thompson.

However, KUBE announced the show’s cancellation over the weekend, quoting “unforeseen circumstances.” No further information was given, however, fans flooding the event’s Facebook page didn’t seem fond of the lineup, nor the venue change, as the show used to take place outside at the Gorge Amphitheatre. Refunds will be available via point of purchase.

KUBE 93.3 returned to airwaves in 2018 after two years as the Top 40 station Power 93.3. Since the move, fans have been wondering if the station would also bring back the Summer Jam show, which was a staple in the community, but hadn’t been revived since 2015. It was dubbed as “the legendary event of the summer,” but it is unclear whether or not a new show will commence next year. 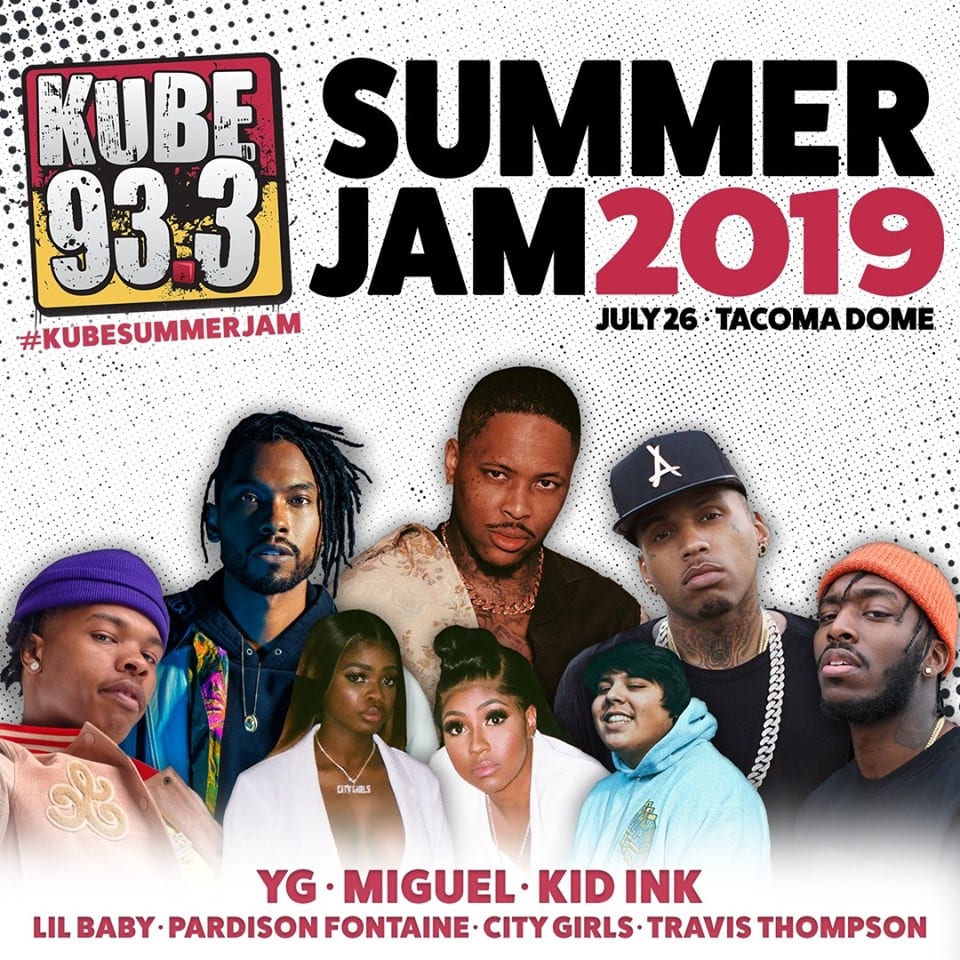