bangtan boys15 BTS83 K-Pop36 resale17 ticket lottery7 Ticket Resale94 Ticketing277
The K-pop boyband BTS have fans across the globe, and now, in an attempt to take control of future tickets at concerts, their management...

The K-pop boyband BTS have fans across the globe, and now, in an attempt to take control of future tickets at concerts, their management company Big Hit Entertainment are introducing a ticket lottery.

The news was first announced during a corporate briefing on August 21 by the CEO behind the entertainment company backing BTS and TXT, Bang Si-Hyuk. These “concert raffles” will be implemented across the globe.

How does it work? Fans must purchase an official ARMY fan club membership in order to enter a raffle to access a selected allotment of floor seats and early access tickets. (This does not apply to regular-seated tickets.) BTS’ fans overseas may have to purchase an ARMY membership via Weply in order to have the “best” seats, a press release notes. If an ARMY member can’t attend the concert, the ticket will be freed for another fan to have the chance to purchase it. ID will be required to enter the concert, which means there is no option to resell the ticket.

According to the Kpop Herald, Big Hit’s CEO Yook Seok-jun explained that the ticket lottery will be implemented because in the past, many fans “experienced difficulties due to waiting for ticket purchases and illegal ticket sales.”

“In order to improve unfair practices, we introduced the lottery system for BTS’ fan meeting in June and the upcoming Seoul concert in October,” Seok-jun said. “We are planning to gradually introduce (the system) for overseas tours in the future.”

Big Hit first tried out the lottery system in Korea during the band’s 5th Muster in Seoul and Busan, as well as the final stops on their Love Yourself: Speak Yourself Tour in Seoul last year. Yet, many fans aren’t too keen on the idea of a raffle, since there isn’t always the opportunity to score barricade seats. Also, it is unclear whether or not an ARMY can purchase two tickets to see the show with a friend or family member.

ARMY’s shared their opinion of the new lottery on Twitter: 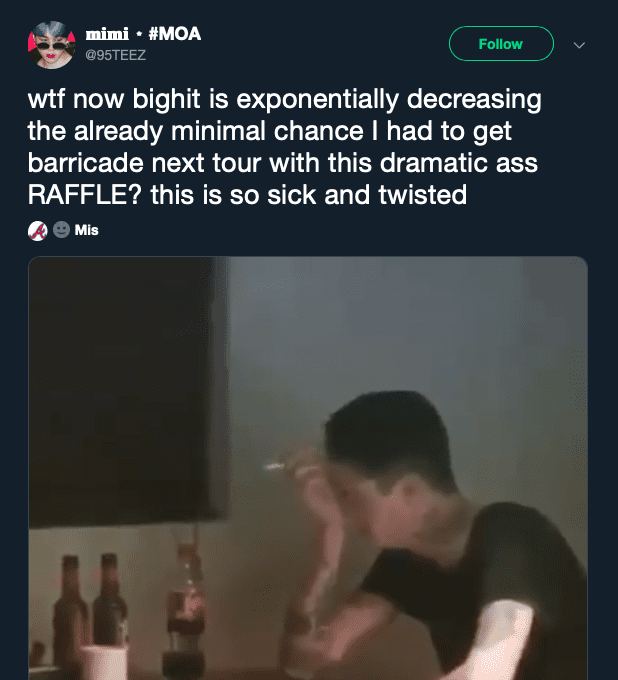 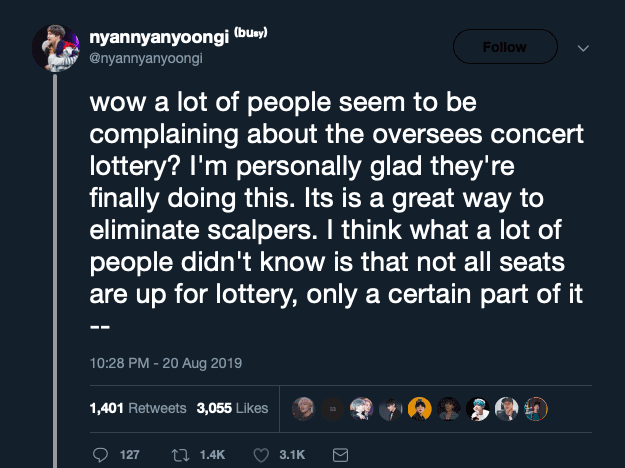 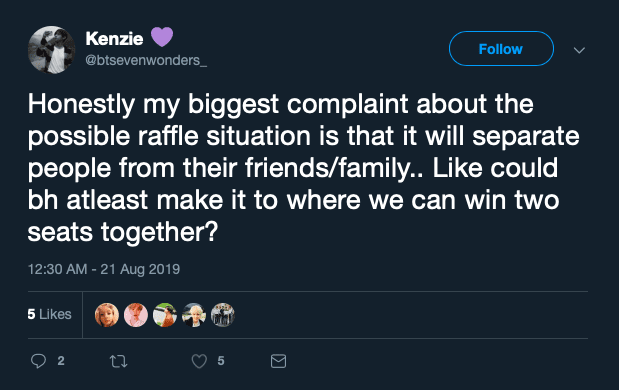 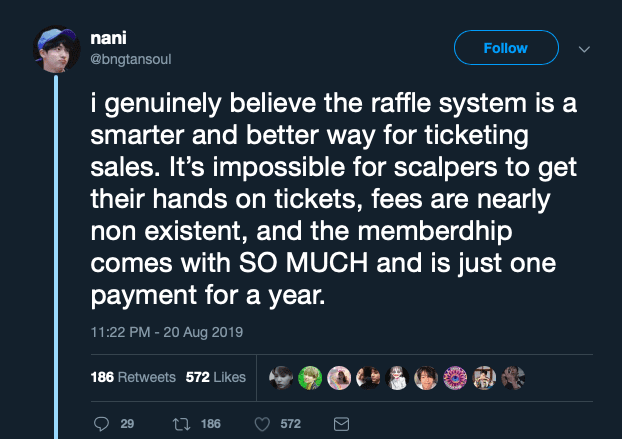 Currently, BTS is on an “extended hiatus.” The group has been consistently touring for six years straight and released albums Love Yourself ‘Tear’ and Love Yourself ‘Answer’ in 2018, as well as MAP OF THE SOUL: PERSONA this year. While it is unknown when BTS will return to the road, Big Hit told fans that the hiatus won’t be too long.