agnostic front1 Dropkick Murphys9 misfits7 Music414 punk6
The original Misfits are back and have revealed a special “Nightmare Before Christmas” gig. The group has been teasing the show announcement with an...

The original Misfits are back and have revealed a special “Nightmare Before Christmas” gig.

The group has been teasing the show announcement with an image of the Philadelphia Flyers’ mascot Gritty, and now they’ve revealed the date. They’ll play at the Wells Fargo Center in Philadelphia on December 14 with support from Dropkick Murphys and Agnostic Front.

“Get ready for Christmas Evil Philly!” the group said on social media.

Earlier this year, the original Misfits lineup – featuring Glenn Danzig, Jerry Only, and Doyle Wolfgang Von Frankenstein – reunited for a handful of scattered dates. At the time, Danzig told Full Metal Jackie that they wanted to “make each event special” and didn’t want to make it a “grind kind of tour.”

Last week, the band played a “hometown Halloween show” at New York City’s Madison Square Garden – their first show together in New York City since 1983. They were joined by punk legends Rancid and The Damned, parking the group’s 12th show since reuniting in 2016. Following the reunion shows, the original lineup hadn’t played together in more than 30 years. Although in September Danzig said there would be “no more Misfits shows except MSG,” it seems like the band isn’t ready to call it quits just yet following their sold-out crowd in the city. 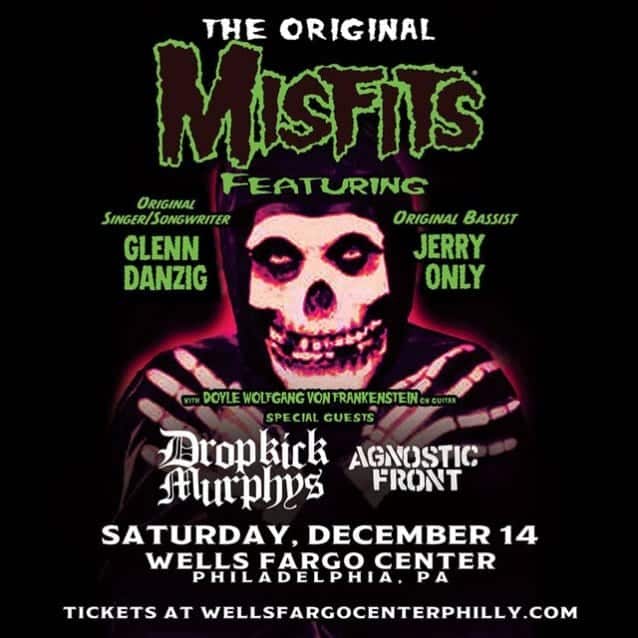