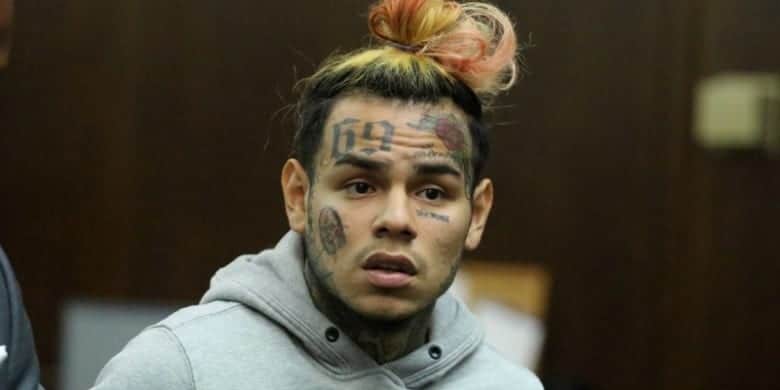 Rapper Tekashi 6ix9ine has been sentenced to 24 months in prison with five years of supervised release, the Associated Press reports following a hearing this week.

The 23-year-old pleaded guilty to a handful of charges earlier this year including narcotics trafficking, racketeering conspiracy, and violent crime in aid of racketeering. While he faced a minimum sentence of 47 years, he testified against former associates in the Nine Trey Gangsta Bloods, which helped convict two of the members – making his sentencing hearing a little more lenient.

Judge Paul A. Engelmayer reportedly said in the proceedings that his choice to join the gang was “unnecessary” and he had a “prosperous future.” Tekashi apologized to his victims and his family, AP notes. Ahead of the sentencing, he read a letter to Engelmayer, writing that he still considers himself “a role model to millions of people as an artist, a celebrity, and a human being.”

“I’m happy that the public was able to witness me dealing with the consequences of my actions because I feel like it sheds a light on what can come from gang affiliation,” he said.

Tekashi has been making headlines since 2015, when he was first charged with a sex crime for the “use of a child in a sexual performance.” He was re-arrested for allegedly choking a 16-year-old last year and he faced a lawsuit for bailing on a show in Washington, D.C., costing promoters $300,000. Then, he was indicted on chargers for participating in a racketeering conspiracy, using and carrying firearms, participating in a robbery at gunpoint, and violent crime in aid of racketeering.

Already, the rapper spent 13 months in federal jail – which will count toward his sentence. Following the prison time, Tekashi will be on supervised release for five years and must participate in 300 hours of community service.