RATM, who just returned to the music scene late last year, will headline a handful of festivals this summer, including Coachella and Boston Calling. The group, which last released Renegades in 2000, will play a handful of shows around their Coachella sets throughout March and April – their first gigs since announcing a hiatus in 2011. Halsey, who just dropped her third studio album Manic earlier this month, will perform amid her Manic World Tour this summer.

Pop-rock rising star Eilish is gearing up for her second round of world tour dates to support her 2019 debut When We All Fall Asleep, Where Do We Go? this year. The 18-year-old just won five Grammy Awards last weekend for the smash-hit LP.

Aside from the music, Firefly offers a handful of activities to participate in throughout the fest. Organizers note that “SPARK,” known as extra magic for festivalgoers, is “special every year but you can expect spots to lounge, intramural sports to play, gathering places and yoga moments.” Attendees can look forward to the Head Brewery, the Bazaar Central Market, Thicket Silent Disco, a hangout called The Nook, and the DJ-hosted North Hub Beach Club.

Visit Ticket Club to find passes to the 2020 festival 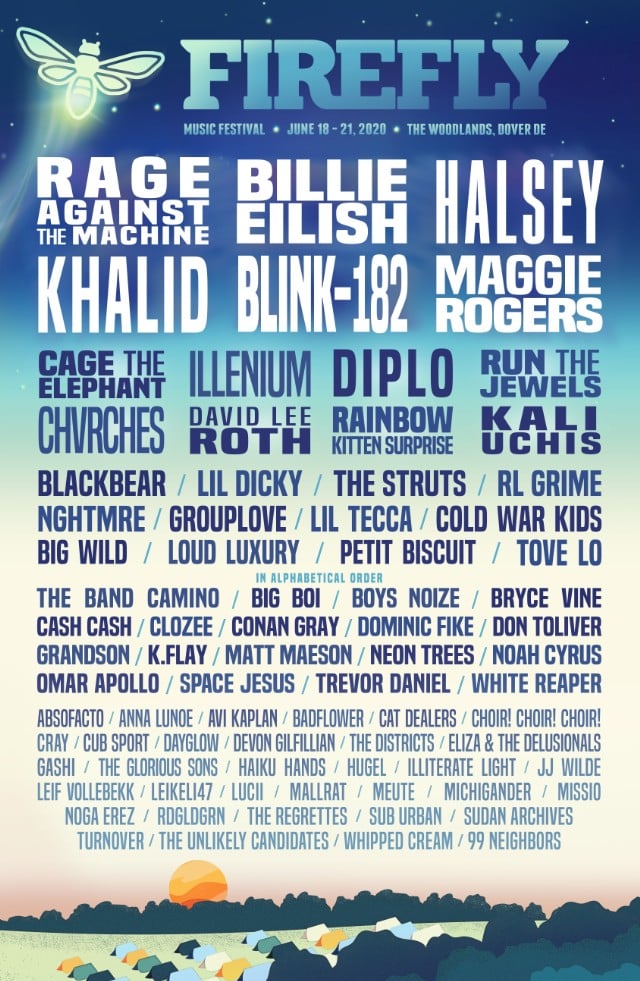