After teasing tour dates for months, the iconic rap-rock group Rage Against The Machine have revealed a full reunion tour.

The 2020 Tour will mark the band’s first trek together in almost a decade, joining Zack de la Rocha, Tom Morello, Brad Wilk, and Tim Commferford. As previously announced, the group will play a handful of shows along the Mexican border throughout March, with shows in El Paso, Las Cruses, and Phoenix ahead of their headlining performances at Coachella Valley Music and Arts Festival.

Then, RATM will embark on a 40-date tour across North America, kicking things off in Oakland, California on April 21. From there, they’ll head to Calgary, Winnipeg, Minneapolis, Chicago, and Detroit, stopping at venues along the way like Cleveland’s Rocket Mortgage FieldHouse, the BB&T Pavilion in Camden, Toronto’s Scotiabank Arena, and the Denny Sanford Premier Center in Sioux Falls. Throughout the run, they’ll also appear at various festivals like Boston Calling, Firefly, Ottawa Bluesfest, and Festival d’Ete de Quebec before wrapping-up with a two-night gig at New York City’s Madison Square Garden on August 10 and 11. Rap duo Run The Jewels will provide support on all RATM headlining dates.

Following the North American outing, the band will head overseas to perform across Europe for shows and festivals throughout August and September.

RATM last released Renegades in 2000. They are best-known for staple hits in the rock industry like “Bulls On Parade,” “Killing In The Name,” and “Guerrilla Radio.”

See the full list of RATM’s upcoming tour dates below. 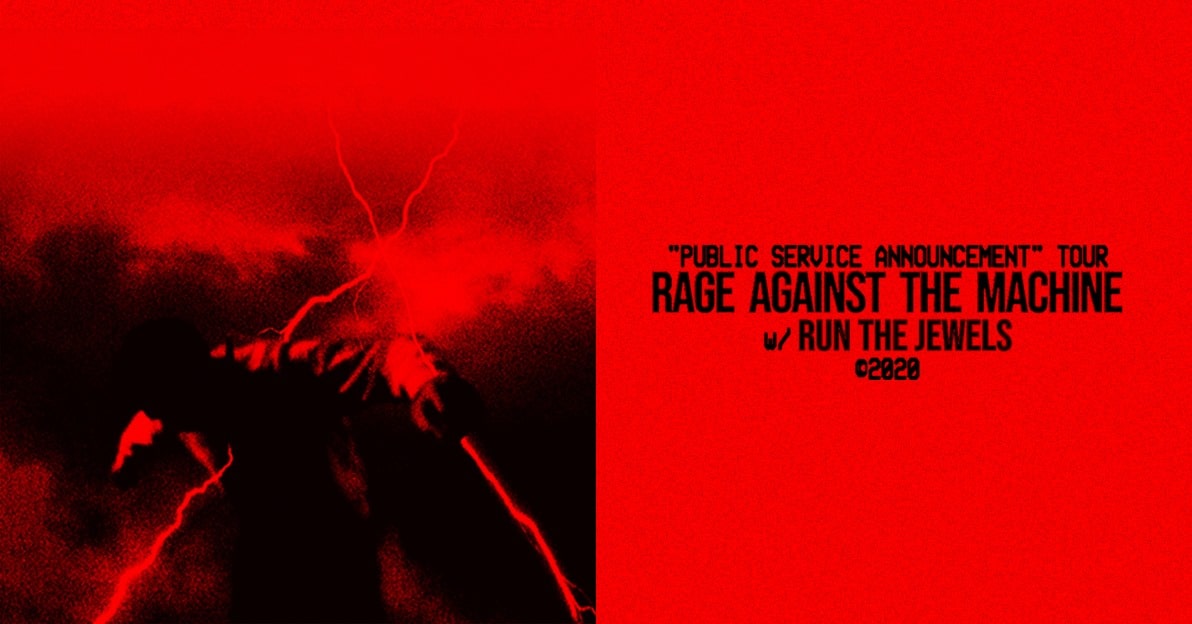 Rage Against The Machine | 2020 Reunion Tour