The festival is slated to take place from September 25 to 27 in Dana Point, California. Vedder will perform as a solo headliner, followed by the previously-announced rockers of Kings of Leon, Pretenders, and My Morning Jacket. Rising indie artist Maggie Rogers, Radiohead’s Ed O’Brien, and hip-hop artist Mac DeMarco will take the stage, as well as Yola, Sharon Van Etten, Durand Jones and the Indication, Dermot Kennedy, Real Estate, Broken Social Scene, and more.

This week, Pearl Jam announced that they’ll fill a headlining slot at the event. The group recently reunited in the music scene and announced a spring tour to support their forthcoming record Gigaton. The LP, due March 27, is their first album in seven years since 2013’s Lightning Bolt. The band will also play a handful of festivals this summer including Lollapalooza Stockholm and Lollapalooza Paris.

A portion of funds from the festival will go toward the San Onofre Parks Foundation, the Doheny State Beach Foundation, the Rob Machado Foundation, Sea Legacy, the Surfrider Foundation, and more. Aside from the music, festivalgoers can expect to hear panels from conservationists, environmentalists, researchers, and professional surfers.

Single-day, weekend passes, and VIP tickets will be available starting this Friday, March 13.

See the full lineup below: 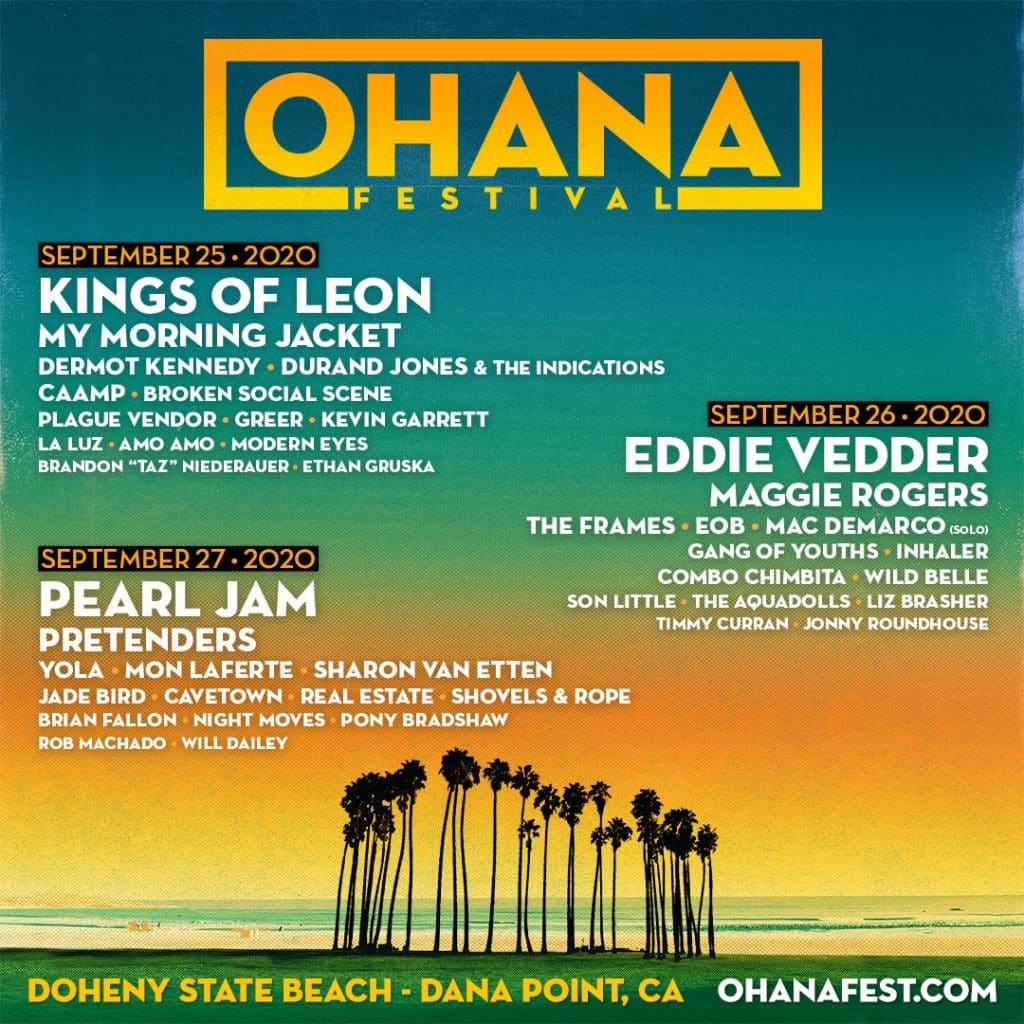