Dave Matthews Band fans will have to wait a little longer to see the band’s forthcoming summer tour.

Originally, the trek was slated to kick-off this June with a two night gig at Connecticut’s Mohegan Sun Arena, followed by shows in cities like Cincinnati, Chicago, Grand Rapids, and Wantagh. They were set to appear at outdoor arenas like St. Joseph’s Health Amphitheater in Syracuse, Charlotte’s PNC Music Pavilion, and Washington’s Gorge Amphitheater before wrapping-up at the BankPlus Amphitheater at Snowden Grove in Mississippi late September.

However, due to coronavirus concerns, the tour has been pushed to next summer. The band will play the same venues originally planned, as well as a handful of new dates.

“We are disappointed to announce, that in light of the global COVID-19 pandemic, we will be moving all of our 2020 summer dates to the summer of 2021,” the band said in a statement this week. “We make this decision with the health, safety, and well-being of our fans, touring crew, and venue staff as our priority.”

DMB went on to note that previously purchased tickets will be honored at the new show dates, but refunds are also available via point of purchase. Tickets for the newly-added dates will be available at a later date.

“We are incredibly grateful for all of our fans who come out to see us every summer and we will miss seeing you all,” the band continued. “For now, we will keep everyone in our hearts and minds until we can be together again.”

See the rescheduled and new 2021 tour dates below. 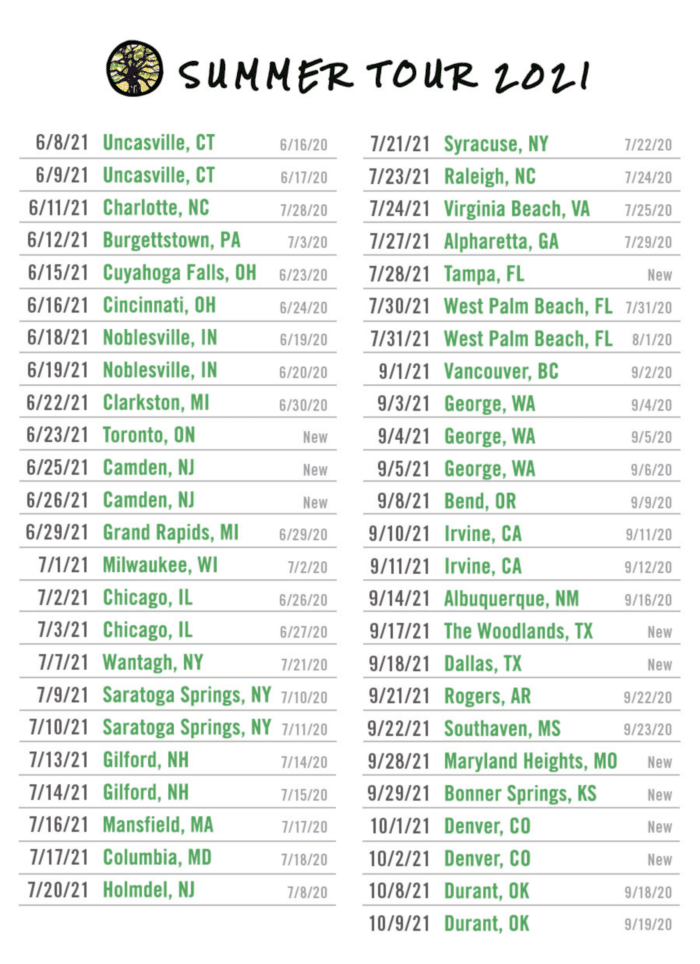 Last Updated on May 5, 2020 by Olivia Perreault