Hockey79 New Jersey Devils9 NHL138 refund policy17 Sports603 Ticket Refunds23
While the New Jersey Devils remain in limbo over the future of the suspended NHL season, their fans are no longer in the dark... 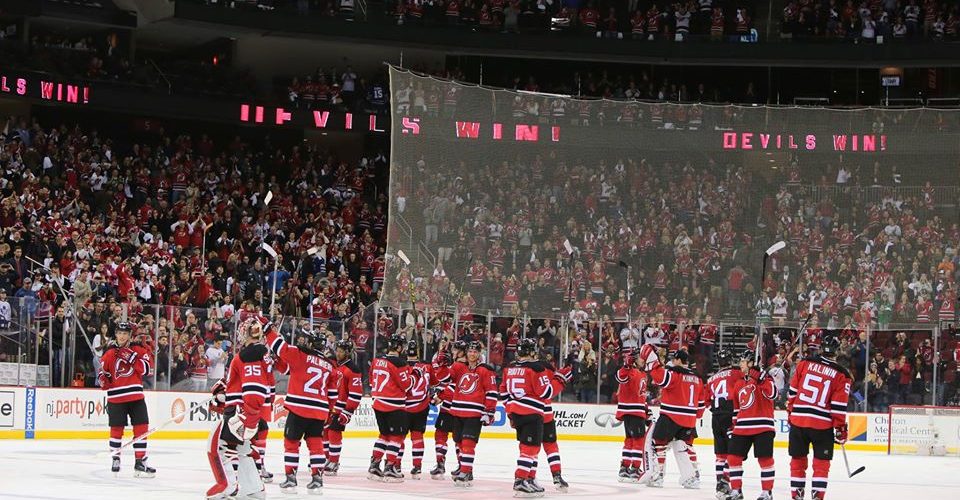 While the New Jersey Devils remain in limbo over the future of the suspended NHL season, their fans are no longer in the dark regarding ticket refunds. The team revealed in an email this week options for those with tickets for games impacted by the season’s abrupt halt, offering them a variety of flexible choices.

Ticket holders can opt to receive a full refund for any of the Devils’ seven games which were postponed as a result of the suspension, roll over their ticket amount towards a future game with incentives, or donate their tickets to front line workers battling COVID-19 in New Jersey.

Season ticket owners who choose to rollover their balance toward next season’s tickets have five incentive options to pick from: an autographed hockey stick, two upgraded seats in the all-inclusive club area for for one home game, parking for ten games, $100 credit for use at the team store or $150 in concession credit. Partial season ticket owners along with single-game ticket holders can also keep their balance in a credit account that could earn them tickets to a bonus game in 2020-21.

The Devils are also leaving fans the choice to donate their tickets to those working on the front lines of the pandemic in partnership with RWJBarnabas Health. The organization has already donated 10,000 tickets for the 2020-21 season to RWJBarnabas healthcare workers and are adding more fan contributions to that total as part of their Pay It Forward campaign.

This refund policy is one of few to come out of the NHL’s season suspension while teams await an official call from the league. According to ESPN, team spokesman Pete Albietz assured fans that this communication does not insinuate that games are cancelled, though recent reports suggest that a potential resumption of the season would take place in only four NHL arenas without fans.