Guns N’ Roses announced new stadium dates in Australia and New Zealand for November of 2021, declaring on its website that “stadium rock is back!” The dates join several already rescheduled performances by the band in Europe and North America from 2020, which currently begin with a June 2 performance at Passeio Martimo De Alges in Lisbon, Portugal. The newly announced dates begin with a November 6 show at Metricon Stadium in Gold Cost, Australia.

Tickets for the new shows go on sale beginning November 23 with a presale for NightTrain Fan Club members. Public on sale begins on November 26. The tour is presented by TEG.

The tour graphic shared to social media features the five classic “Appetite for Destruction” skull figures arranged over a cross, though Kerrang! assumes the tour will feature the same lineup – including Axl Rose, Slash, and Duff McKagan – that performed during the Not In This Lifetime… tour rather than the full classic lineup.

Following the opener at Metricon, the band plays seven more dates in November, with six total in Australia and two in New Zealand. All are at large stadiums, indicating a confidence by the band and tour operator that large-scale shows will be a possibility by next fall. 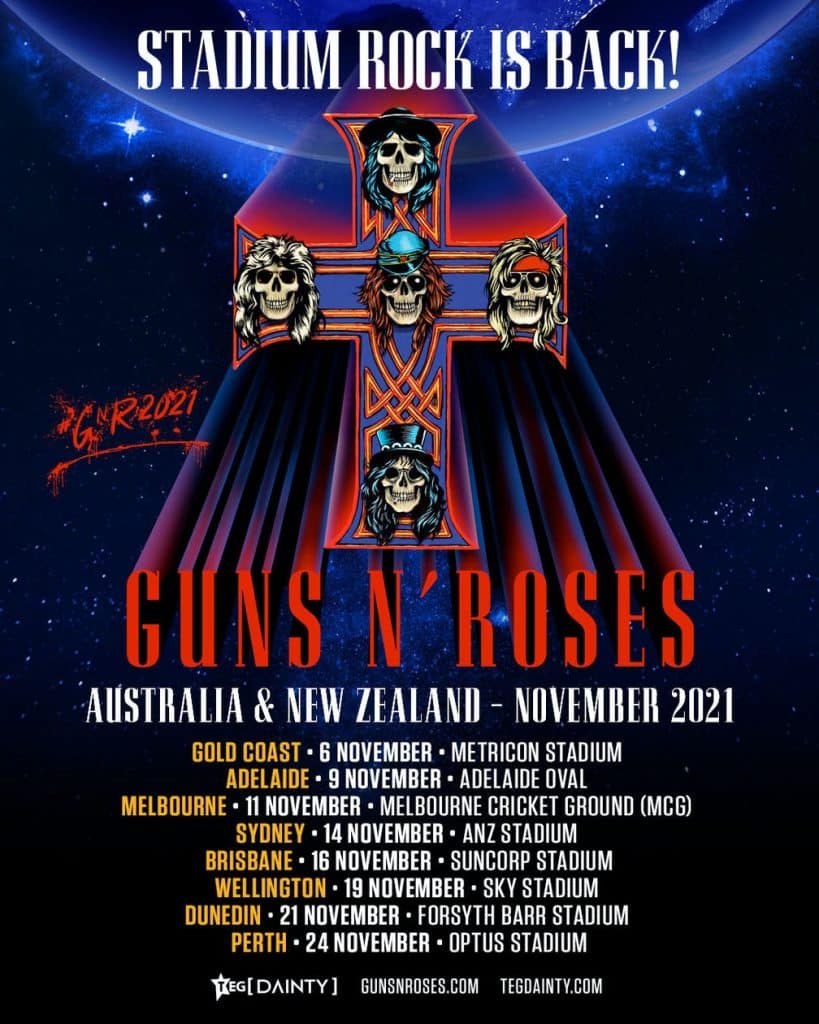 The full tour schedule is below:

In total, Guns N’ Roses has 29 dates on its calendar for 2021 if all shows go off as planned. Eight take place in June in European venues, followed by a 13 show run through the U.S. in July and August – many of which are also at larger stadium venues in addition to the July 10 date at Milwaukee’s Summerfest.