Thursday’s presale for Bad Bunny’s 2022 El Ultimo Tour Del Mundo didn’t go as hoped for fans across the country, and Ticketmaster is bearing the brunt of fan anger its wake.

Customers venting on social media referenced bad glitching that occured after lengthy wait times, causing tickets to be dropped from carts as they attempted to order for the tour while demand surged. Subsequently, many complained over tickets appearing on resale marketplaces at substantial markup almost immediately – which is standard during any high-profile presale, but frustrating for those who missed out due to a website glitch just the same. 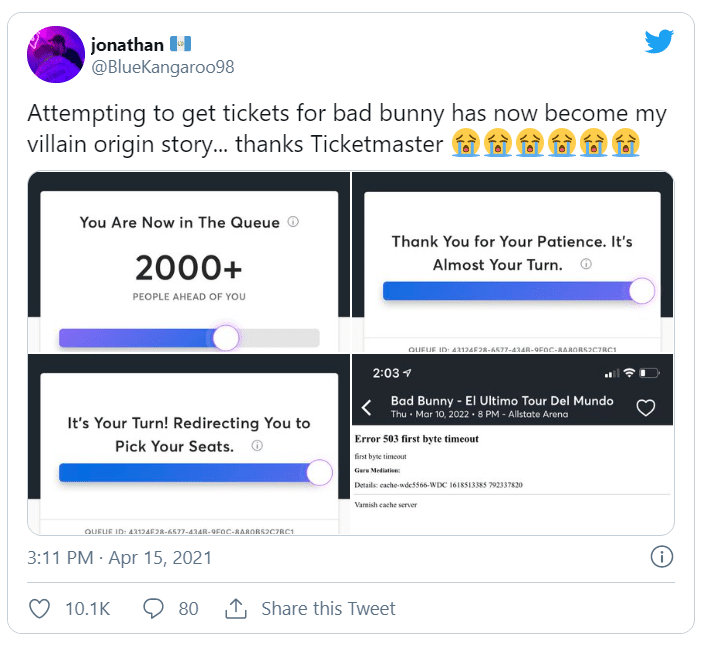 The criticism wasn’t limited to Ticketmaster, as some dates at venues using AXS as their primary ticketing partner also saw high traffic and immediate resale spikes. 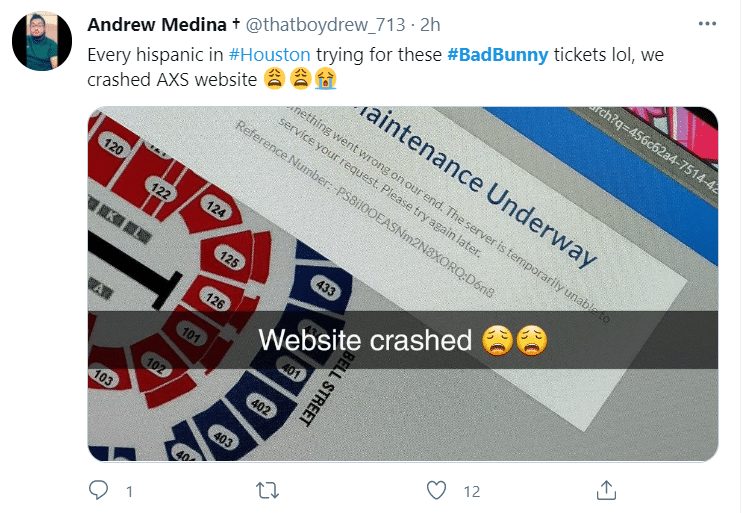 But for the high profile onsale to follow closely on the heels of a disasterous presale for Seattle Sounders FC tickets on Ticketmaster – just months after the team switched back to the Live Nation subsidiary from competitor SeatGeek – have made this a decidedly unpleasant week for the ticketing company just as live events seem to be returning to the forefront of public consciousness.

Naturally, fan anger turned right to the resale system when they were unable to score tickets directly – though platinum tickets dynamically priced were a part of the issue. 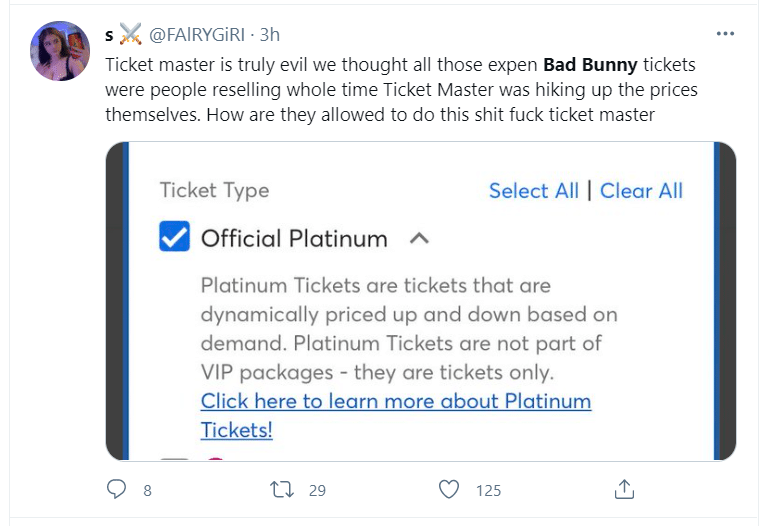 All in all, it was a frustrating day for fans, but the silver lining for those interested in the return of fans to live events is that demand was so high in the first place. While many venues have had some form of return to performances and others are coming soon, this is arguably the first major onsale to draw this kind of action since March of last year.

For those who are still looking, resale marketplaces including TicketClub and MegaSeats have plenty of Bad Bunny 2021 tour tickets available now, though the high demand will likely mean that prices are high and will remain so for some time, despite the tour not kicking off until February of next year.