Brett Goldberg3 ticket summit134 TickPick17
With a background in finance, Brett Goldberg has been the CEO of transparent resale marketplace TickPick since its launch in 2011. At Ticket Summit...

With a background in finance, Brett Goldberg has been the CEO of transparent resale marketplace TickPick since its launch in 2011. At Ticket Summit in August, Goldberg will participate in pricing panel scheduled for Tuesday afternoon, August 17. 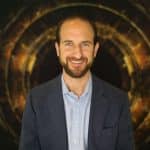 Led by David Wakeman, the pricing panel features several industry leaders who will discuss making smarter pricing decisions for ticket inventory – rather than just pricing to the minimum and moving quickly. Joining Goldberg on the panel are Mike Garvey of Prolific 1, Gene Tinner, Jr. of the UFC, Sam Sherman of Broker Genius, and Josh Ludwig of Shows On Sale.

In 2011, Brett turned his business skills to the ticketing industry and realized his dream of creating the first two-sided, transparent ticketing marketplace: TickPick.

Ticket Summit will be back in 2021, returning to Las Vegas for an August show at the Aria Resort & Casino. The annual trade show, which brings together leaders and businesses operating in ticketing and live entertainment, will run from August 15-17 at the hotel located on the Las Vegas strip.

Ticket News will be running stories in coming weeks highlighting speakers and events surrounding the trade show, which is running concurrently with the Association of Luxury Suite Directors (ALSD) conference, with expectations that the combined shows will be the largest ticketing-focused trade show in history.