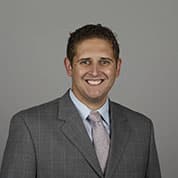 Prolific 1 has announced the hiring of Christopher Spano as its new executive vice president of business development. Spano joins the ticket distribution leader in an executive role under CEO Mike Garvie, where he will be tasked with the continued growth of the company’s extensive roster of clients as well as using his industry knowledge to provide actionable insight to drive revenue and results for Prolific and its partners.

“Prolific 1 is excited to welcome Chris to our team,” states Mike Garvie, CEO of Prolific 1. “With his extensive background in the ticketing industry, we look forward to leveraging his knowledge and expertise in furthering developing our business and partnerships across the live event space.”

Spano joins Prolific 1 from Orlando City FC, where he served as Vice President of Ticketing for the Major League Soccer franchise. During his tenure, the club became one of the leading teams in the league in terms of new generation of ticket sales. He also served on the MLS Ticket Committee beginning in 2020, earning feature coverage from media outlets like ESPN and Sportico during his tenure. Prior to Orlando, Spano has worked with the Boston Bruins, San Diego Padres, Tampa Bay Buccaneers, and the American Hockey League. Along the way, he was responsible for the opening of the NFL’s first regional sales office in Sarasota, Florida, and served on a leadership team that achieved the top ranking in both group sales and customer service. During his AHL tenure as the league’s Vice President of Team Business Services, the league experienced all-time highs in both ticket sales and corporate partnership revenue.

Prolific 1 is a leading ticket distribution company, partnering with rights-holders to drive incremental revenue and attendance by providing expert analysis and technological expertise. The company touts more than 250 partnerships across sports, venues, and other live event verticals across the globe.