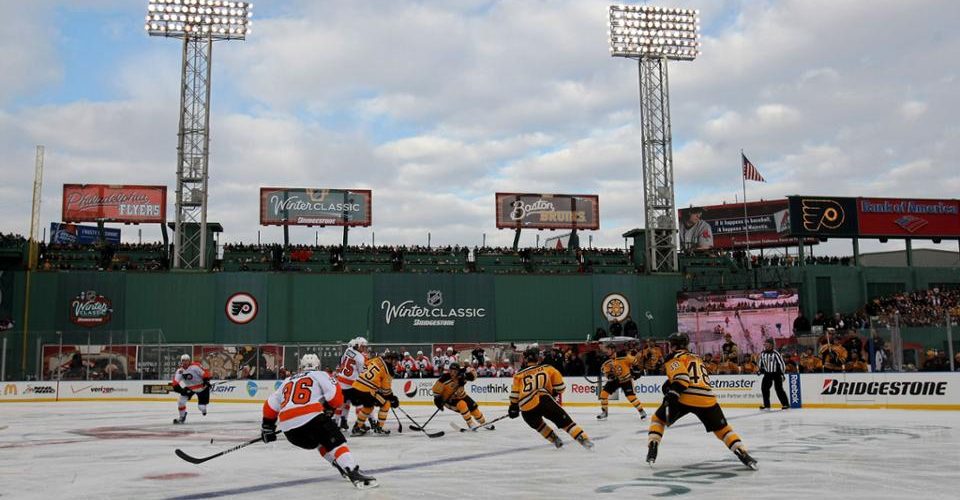 The National Hockey League has announced its slate of high-profile regular season events for 2023, unveiling the plans during its All-Star Weekend in Las Vegas. The Winter Classic will head to Boston’s Fenway Park, the All-Star Weekend will go to Sunrise, Florida and the Stadium Series contest will take place in Raleigh, North Carolina.

No date has been set for the Winter Classic, which will pit the Boston Bruins against a team that has not yet been announced. The storied ballpark has hosted the event once before, back in 2010.

“It’s been 12 years since we were at Fenway,” NHL Commissioner Gary Bettman said. “A lot of money has been put into the building, it’s not quite the same ballpark. Boston is obviously a great hockey town. We’ve now done over 30 outdoor games; if you want to keep doing them you have to go back to some places. It won’t look and it won’t be the same, [NHL chief content officer] Steve Mayer won’t allow it, as it was last time. It’ll be a new experience in a venue that has been transformed and modernized in some ways. We think it’ll be a great event. You’ll have to speculate on who the opponent will be.”

Boston will be playing its fifth NHL outdoor game and fourth Winter Classic. The 2023 Winter Classic is the 15th anniversary of the outdoor game, first played at Ralph Wilson Stadium in Orchard Park, New York, on Jan. 1, 2008. It will be the 36th outdoor NHL game since 2003.

The Florida Panthers will be hosting All-Star Weekend for the first time since 2003, with the skills competition scheduled for February 3 and the game itself February 4. It would have been the host of the 2021 All-Star Weekend, but plans were dashed due to the upheaval of the COVID-19 pandemic.

“We were excited when we announced a couple years ago,”  says Panthers Chief Commercial Officer Shawn Thornton. “With COVID we ran into some logistical complications with hotel rooms and availability. The NHL was coming to Vegas this year, so we said push ours to next year for all parties to really be able to plan and get into the community too. We don’t want to just host an All-Star Game, we want to make this an event for all of South Florida.”

Similarly, Carolina had been slated for a Stadium Series game in 2021, but saw those plans held off amid the pandemic. The Carolina Hurricanes will host the 2023 event at Carter-Finley Stadium on the campus of North Carolina State University on February 25.

“There’s not going to be a bad seat. I’ve spent a lot of time over there. If you’re on the sidelines, 20 feet behind you are the seats. There’s not a big runway. It’s going to allow people to be a lot closer to the game than the other venues.”

The announcements of the 2023 events represent a return to a normal promotional timeline for these key league showcases. Due to the COVID disruptions, the Winter Classic held in January wasn’t announced or on sale until just three months before it was held.

Photo: Philadelphia and Boston play in the 2010 NHL Winter Classic at Fenway Park via NHL.com