Releasing her last album Queen in 2018, and a mixtape called Beam Me Up Scotty in 2021, Nicki Minaj is headlining at this event for the first time, coming under the spotlight again after joining Future for his headliner set at Rolling Loud Festival’s Miami edition in 2018. Festival’s second day is going to see A$AP Rocky as a headliner who also ruled the event’s New York debut in 2019, and the third day’s headliner Future will have hard work this summer, leading the festival’s Miami and Toronto editions, too, in July 23 and September 10.

First held in Miami, Florida in 2015, Rolling Loud is considered as one of the biggest hip-hop & rap festivals in the world. It expanded to other cities like Los Angeles and New York across the nation in time, as well as abroad such as Canada, Australia, and a couple of cities in Europe.

Rolling Loud co-founder Tariq Cherif said in an interview for Complex in 2021 prior to the fest’s Miami edition: “We’ve grown with the genre, and we just try to be an accurate reflection of where the genre is currently, while at the same time honoring where it was and looking forward to where it’s going.” 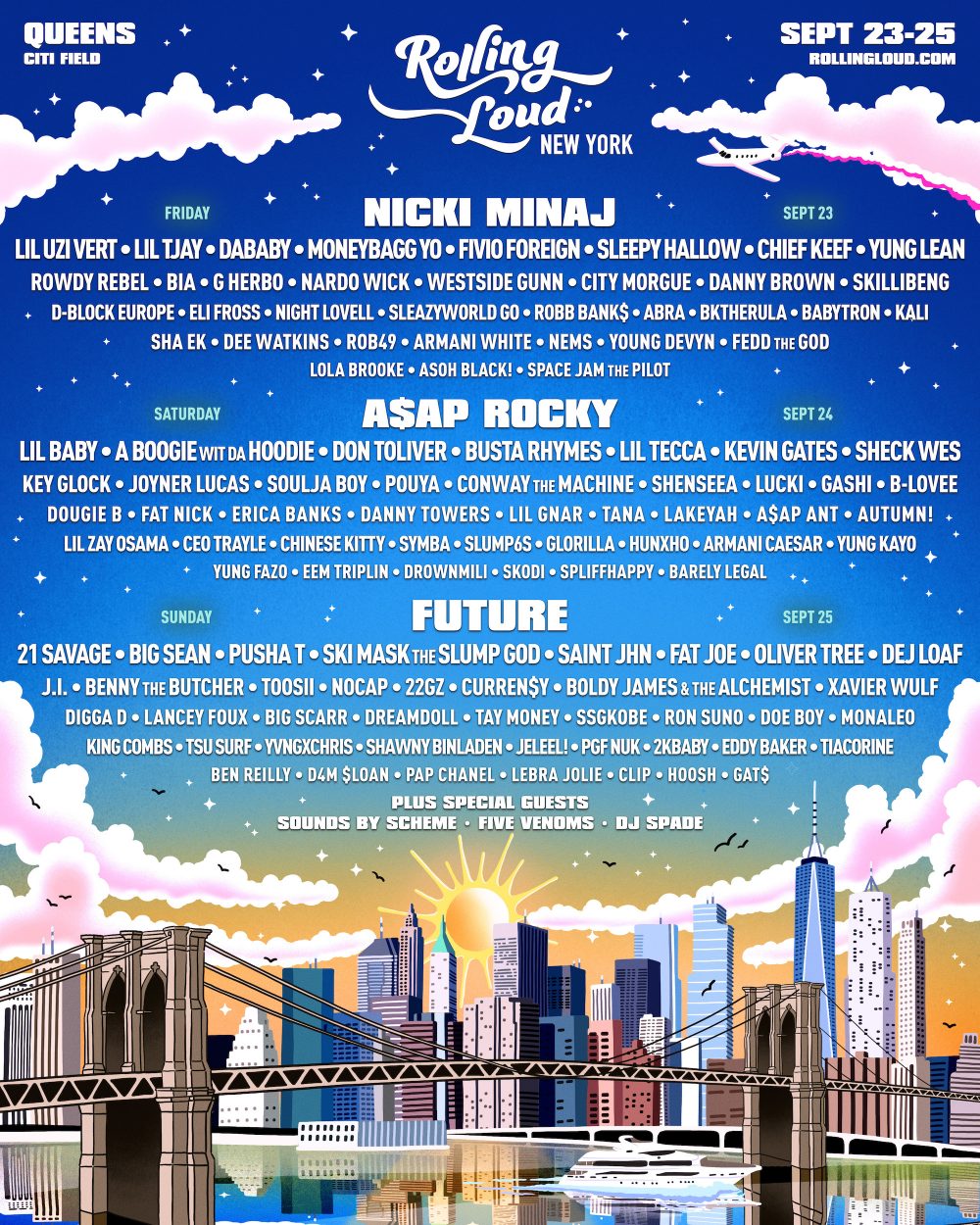