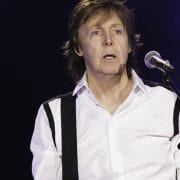 Former Beatle and prolific songwriter Paul McCartney saw both of his Hollywood Casino (Tinley Park, IL) shows among the hottest in the land, with Tuesday’s concert at No. 13 and tonight’s at No. 10 in the Market Heat Report from the TicketNetwork marketplace. That said, the top of the... END_OF_DOCUMENT_TOKEN_TO_BE_REPLACED 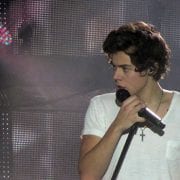 Harry Styles, who is set for a splashy acting debut* in the upcoming Christopher Nolan film “Dunkirk”, is up to No. 5 in the Market Heat report for this Friday. The former One Direction star’s date in Toronto with Muna is one spot behind Ed Sheeran’s upcoming show in... END_OF_DOCUMENT_TOKEN_TO_BE_REPLACED