Earnings11 eBay15 LYV12 StubHub85 Ticketmaster822
StubHub, owned by eBay (NASDAQ: EBAY) has been throwing its weight around a bit as of late against competition in the secondary marketplace. Recent... 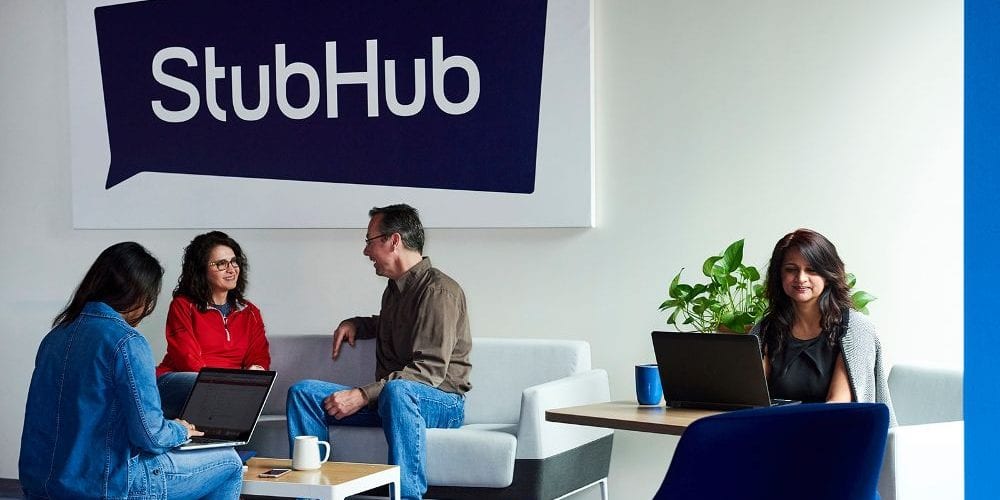 StubHub, owned by eBay (NASDAQ: EBAY) has been throwing its weight around a bit as of late against competition in the secondary marketplace. Recent news related to the publicly-traded company’s earnings – particularly compared against primary giant (and secondary competitor) Live Nation (NASDAQ: LYV) – may offer some insight as to why.

“I was concerned about StubHub because I didn’t think [questions as to why that segment of eBay’s business was flat were] answered correctly,” said TV host and financial analyst Jim Cramer after the company’s quarterly earnings call. “I would like to know more. That had been a growth driver.”

eBay shares dropped following the report, which saw management deflect worries that NFL protests were leading to sales drops, explaining instead that sporting events and restrictive ticketing policies are making it tougher for StubHub to get inventory listed.

Compare that with Live Nation’s announcement late last week that Q3 was the best third quarter the company has ever had, with the company on pace to deliver record results across revenue, operating income and AOI.

It doesn’t take a ticketing expert to realize that Ticketmaster is putting the squeeze on the secondary industry as much as it possibly can. From its practical monopoly on the primary marketplace through exclusive venue contracts (via its Live Nation ownership) to its pushing of difficult-to-transfer (and data-harvesting) mobile tickets to its walled-garden “Verified Fan” program, Ticketmaster is doing everything it can to wring every dollar out of the sports and concert marketplace, consumer be damned.

StubHub, which holds a large share of the secondary market, is clearly feeling the squeeze. Which may explain its recent trend of operating in a way that seems as if it’s taking pages right out of Ticketmaster’s book.

Long an “official” partner of Major League Baseball, StubHub made a splash this fall when the management of the Cleveland Indians – who fell just short of the World Series crown last year – announced before this year’s playoffs that it would cancel any tickets sold on any other platform.

The Indians refused to comment at the time on whether or not the policy was driven by their own anger at seeing thousands of Chicago Cubs fans in the stands for its home games during the Fall Classic, or whether or not their partner was pulling those strings.

StubHub has been a loud proponent of recent efforts by some government officials to push hard against so-called “White Label” marketing operations in the ticketing industry. Such operations, the company argues on its official blog, are deceptive to customers and must be stopped – despite the fact that such resale sites are legally required to announce that they are resale sites and not affiliated with the team or program. In addition, a number of these sites charge lower service fees than StubHub, which gives the consumer a better deal once all fees and delivery charges are considered.

Several of those lawmakers making the push against these secondary operators – a segment which StubHub does not compete in – have long histories of their campaigns benefiting from eBay corporate donations.

More recently, StubHub bought its way into an “official” partnership for NFL ticket resale – joining Ticketmaster’s resale in another walled-garden attempt at restricting the legal resale of tickets by limiting where consumers can sell tickets for games they cannot attend.

It seems fair to reason that StubHub is feeling the sting from Ticketmaster’s squeeze against the secondary industry. It’s just interesting that their current tack appears to be galvanizing against the rest of the operators within that industry by mimicking the restrict-and-conquor style of the company that is putting the squeeze on them.

Rather than find novel ways to bring consumers a better buying experience and retaining the market share they won through early innovation and strong performance, StubHub seems more inclined to sharpen its elbows and try to bully down the ladder instead against more agile competition.

Time (and future earnings reports) will tell the tale of whether or not they are successful.

StubHub declined to comment on the recent earnings reports for TicketNews.