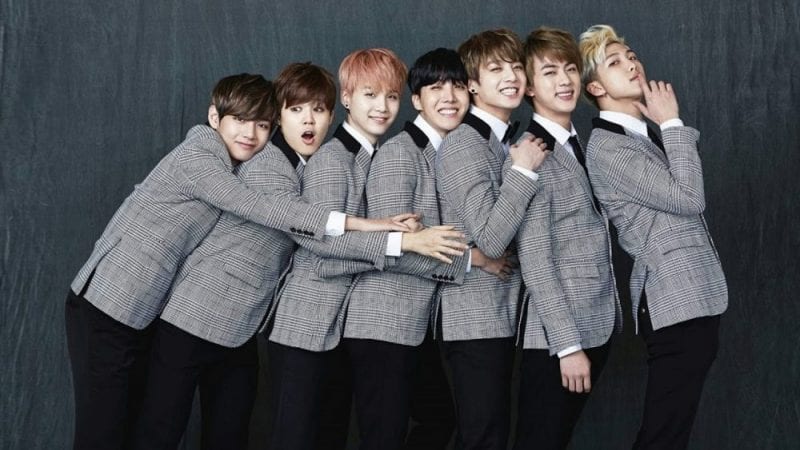 For the first time since PSY’s 2012 hit, a K-Pop band has pushed their way into the U.S. music industry, and yesterday, they surprised fans with show dates for their ‘Love Yourself’ tour.

The group took to Twitter, releasing dates for 11 shows across the globe in support of their record released earlier this month, Face Yourself. Additionally, the tour will follow Love Yourself: Tear, set to drop on May 18. Concerts will kick-off in Seoul, South Korea on August 25 and 26 before the band hits Los Angeles, California for three shows at the Staples Center. Other U.S. cities include Oakland, Forth Worth, Newark, and Chicago. BTS will also make stops in Berlin, Paris, Amsterdam, London, and Hamilton, totaling 22 stops.

This is their first time in London – sending the BTS fanbase, named ‘Army,’ into a frenzy over the Korean heartthrobs. 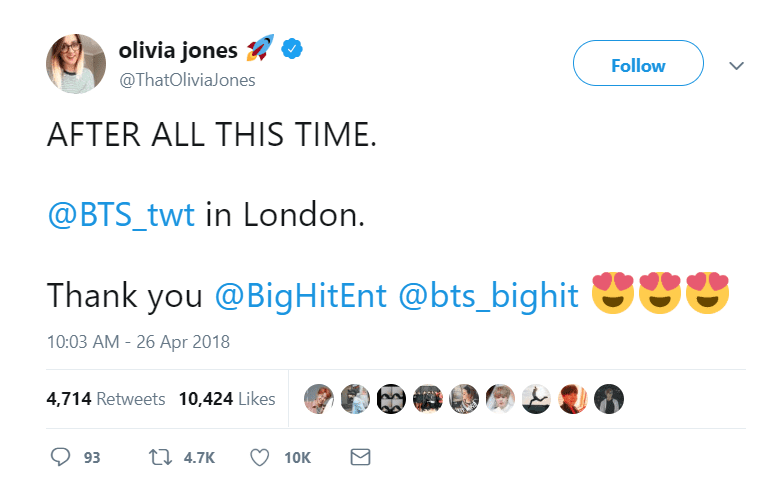 BTS, also known as Bangtang Boys, have been creating music together since 2013, and since their debut record, they have released 10 albums. Their last tour after the album Wings, consisted of 40 shows. This year, they will be the first K-Pop band to perform at the Billboard Music Awards; last year, they performed at the American Music Awards, winning the award for Top Social Artist of the Year. During their show at the BMAs, they will premiere a new single on live TV.

Best-known for their top hits “MIC Drop” with Steve Aoki and Desiigner, “DNA,” and “Blood Sweat and Tears,” anticipation is definitely building. This is their first tour since setting multiple Billboard records. More dates are yet to be announced.

Check out the full list of announced tour dates below and visit Ticket Club to find tickets to see BTS across the globe. 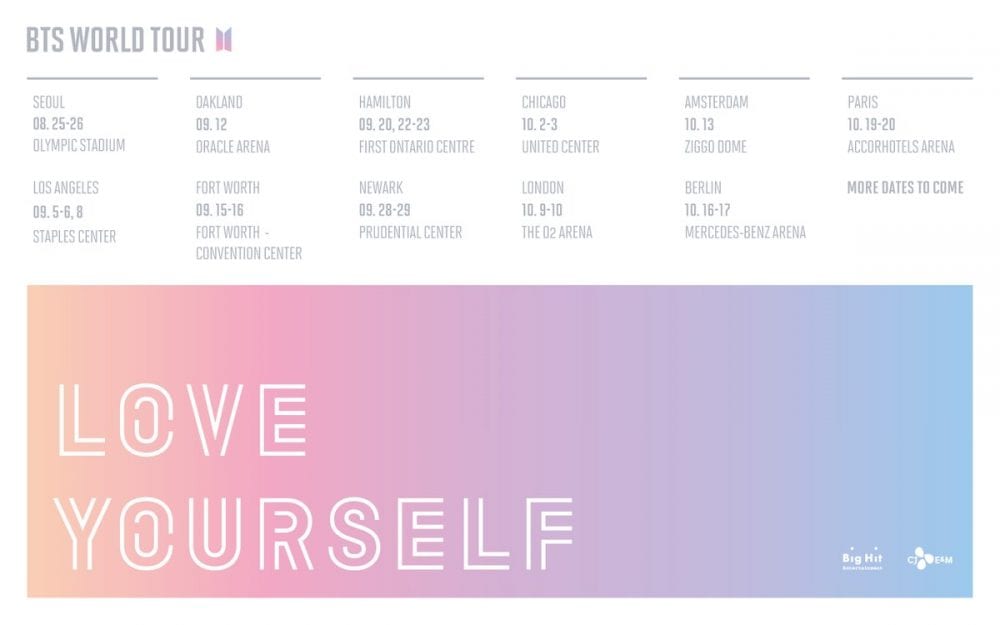