311 and The Offspring have announced a co-headlining ‘Never-Ending Summer’ tour this year with special guest Gym Class Heroes.

The duo will kick-off the tour in Mountain View, California on July 25. This 29-date trek will make stops in major cities like Las Vegas, Syracuse, Toronto, and Chicago, finishing up on September 9 in Wichita, Kansas. Alt-rock band 311 will be touring in support of their 12th studio album, released last year, titled Mosaic. The record features track singles “Too Late” and “Perfect Mistake.” Pop-punkers of The Offspring, on the other hand, haven’t released new music since their 2012 record, Days Go By. However, the band shared on social media earlier this year that they are finished tracking the drum parts of their 10th studio album.

Gym Class Heroes seemed to go off the grid for quite some time; their latest release was the 2011 album, The Papercut Chronicles II, which featured the hit, acclaimed tracks “Ass Back Home,” “The Fighter,” and “Stereo Hearts.” The band tweeted a picture of the tour announcement stating, “It’s been a minute, but the boys are back.” Although there is no announcement of new music yet, the group also announced that they will be performing on Fall Out Boy’s ‘Mania’ Tour this summer.

Tickets for the the Never-Ending Summer tour went on sale this morning. Check out the full list of tour dates below.

Visit Ticket Club to find tickets to see 311, The Offspring, and Gym Class heroes this summer. 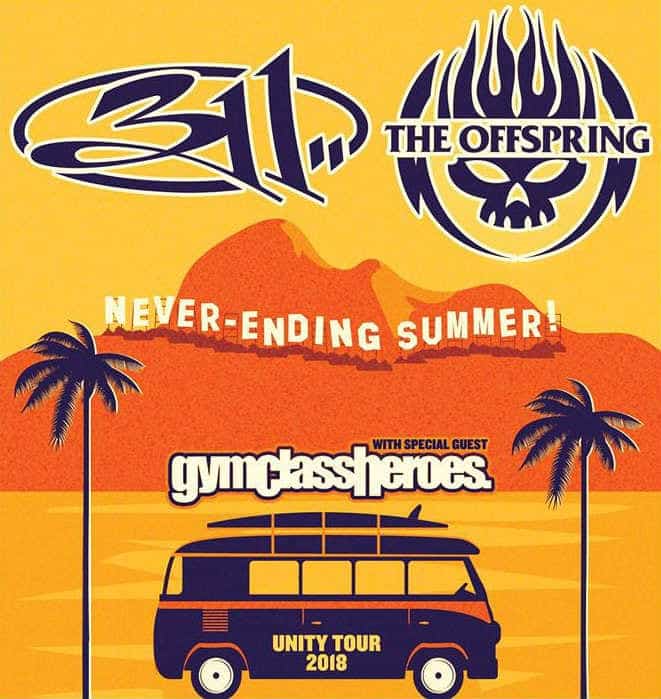