Dave Wakeman4 Taylor Swift60 Tickemaster1 Verified Fan59
I was flipping through ticket Twitter yesterday and saw another story about Taylor Swift’s upcoming tour. I wrote a week or so ago about all the challenges that...

I was flipping through ticket Twitter yesterday and saw another story about Taylor Swift’s upcoming tour. 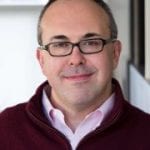 I wrote a week or so ago about all the challenges that this kind of stuff presents to the industry, but it seems that this Taylor Swift tour is shaping up to have any number of unintended consequences that could do irreparable damage to Taylor Swift’s brand.

Yesterday’s story highlighted a giveaway of tickets to members of Mountain Winery’s concert series for Taylor Swift’s show at Levi Stadium on May 11th.

This is a complete waving of the white flag against the justification that “slow ticketing” was going to destroy the secondary market. That Verified Fan hoped to sell the last seat just as Taylor Swift went on stage. And, that all of the actions that Taylor Swift was taking was aimed at doing right by her fans.

But this whole situation is the sloppiest kind of money grab.

The first challenge is the justification of beating the secondary market:

Beating the secondary market has become akin to the claims that “trickle down economics” will work this time.

Both sound great in theory, but they have never really worked out the way that they’ve been sold in the real world. You seem to get a short sugar rush, followed by a quick crash back to reality.

The thing about the secondary market is that it is more vibrant and more necessary than ever before.

Well, as the economics of the concert and sports business have changed…the need to mitigate risk has become more acute.

This has led to any number of outcomes, many that are unintended:

The truth is that the argument that anyone is going to “beat” the secondary market is really a justification to attempt to capture more of the revenue generated. (Again, wise! That’s competition…trying to win more business than your competition.)

The downside to this argument that you would “beat” the secondary is that companies like TicketNetwork, StubHub, SeatGeek, and many others have spent a decade or more building out their technology infrastructure, learning the ins and outs of digital marketing to maximize customer acquisition, and branding themselves in a manner that means that the average consumer’s first search isn’t with Ticketmaster, Ticketfly, or someone else…it is often with StubHub or another secondary provider.

So when you end up attempting to “beat” the secondary market without comparable investments in marketing and advertising, you end up with seas of empty seats and giveaways like it seems Taylor Swift is dealing with now.

These empty seats now present a huge problem that, again, is chipping at Taylor Swift’s brand like a persistent crashing of waves on a beach. Everything looks the same for a little while, but over time, the landscape is clearly eroded.

That’s the problem with papering a house, crazy discounts or trying to gouge the best fans on the front end because you think you can…you can’t.

Those fans that were sold a bill of goods that they needed to get “boosts” to get the best seats in the house are pissed now because they are seeing new, better seats released at lower prices. They see people getting freebies and all kinds of discounts to try and drum up demand.

There is no beating the secondary market in this regard, but not using it wisely is malpractice.

Because now we are just seeing that maybe Taylor Swift isn’t as big of a star as everyone was trying to sell us that she is.

Second, Taylor Swift’s brand is suffering tremendous damage due to an experiment

I’m sure on the surface, making your most rabid fans do crazy stuff to get better tickets seemed like a no-brainer.

Again, she may be making a lot of money…maybe even enough to justify all the damage she is doing to her brand.

But if her goal was to have a long-term stadium and arena career like Madonna, or someone similar, I think the odds of this happening have gone down.

I’ve written over and over again about the business model of Pearl Jam. They have somehow managed to keep their ticket prices reasonable, get tickets to their biggest fans, and generate boatloads of revenue, all while creating a higher level of devotion.

They seem to be playing by the 1,000 true fans idea of business or as Seth Godin talked about in his recent podcast, “playing the infinite game.”

They are nurturing an audience, not trying to squeeze every dollar out at every turn, and are being rewarded by their ability to sell out almost every show they announce.

But what don’t they do?

They don’t try to trick their fans into anything.

They are up front about the way that they sell tickets.

They are up front about the way they sell merchandise.

They only commit to partnerships that they feel are consistent with their values. (Though I can’t explain the Verified Fan partnership…to quote myself, it has dinged everyone that has worked with it.)

Flip this back to Taylor Swift, what have we seen from her?

She’s playing games with her tickets:

I’m sure there are more examples.

She’s playing games with the reasons why her fans buy merchandise and albums:

All of these things happening, fans rush to buy…then find a few months later that better tickets are available at lower prices?

One universal rule of branding says that “discounts destroy your brand.” I’m on record as a strong adherent of that. Which is one of the reasons that I am such a fan of open distribution models and using the secondary market more effectively because you can discount in a way that isn’t as destructive to your brand as if you discount directly.

Case in point, when was the last time you got a discount at the Apple Store?

What about the big Best Buy sale of Apple products this week?

Another thing you can’t get away with in today’s consumer climate that has social media and word of mouth marketing taking on a more meaningful place in the ability of you and your product or service to sell to your target market, you can’t jerk your fans around.

The first time a fan tweeted about having a bad experience with Verified Fan, every fan was looking to have a bad experience with Verified Fan. (To be clear, on the occasions that I have tried to use it…it has been a disaster for me. Including trying to buy Springsteen tickets, having them in my cart, going to purchase, only to get bounced because my code that Ticketmaster sent me wasn’t “valid” on this onsale that they pushed me to buy tickets during…no Mother’s Day present for my lady, I guess.)

Then you couple this with fans that bought merchandise, shared on social media, bought multiple albums, with the promise that they would get the absolute cream of the crop of tickets, only to find out that this was a lie…again, you can try it, but it isn’t going to work.

Of course, I could be wrong and she could just shake it off.

This post originated on DavidWakeman.com. It has been republished here with permission. Wakeman is a branding and strategy expert who often opines about the ticketing world on his website and twitter. If you like this stuff and the stuff he usually posts, he does a Sunday email that talks all about value, connection, and humans. You can get that for free by sending him an email at [email protected]