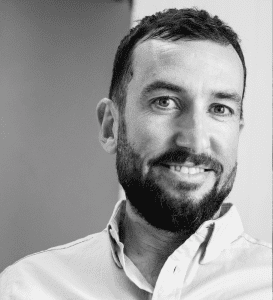 Jones will be based in Madrid and oversee EMEA, Latin America, and Asia Pacific regions. In his previous role at the genealogy website, he also served as General Manager of International and oversaw the company’s Global Content function. He was able to increase investment strategies and launch the Ancestry DNA consumer genomics product in the UK, Canada, and Australia. Prior to Ancestry, Jones spent six years at The National Archives of the U.K., as well as six years at BBC Worldwide.

StubHub President Sukhiner Singh Cassidy explained in a press release that U.S. sports are making an impact on British soil, and there is an increasing number of people within the country who are willing to travel to different music, theater, and sporting events, noting that “cross border trade and internationalization are a core focus for us.”

“Dan is a fantastic addition to the team and his international experience – combined with his natural passions for the industry – are a great fit for his role to continue to grow our offerings, globally.”

The San Francisco-based resale ticket company has been working to expand its reach to fans across the world, which Jones described as an “exciting chapter in its story.”

“We know there are millions of customers enjoying StubHub’s marketplace every day, however we also know the live event industry and our customer needs are changing every day,” he said. “I’m really excited to be joining StubHub at a time when the company is looking to expand its offerings to customers, from partners to events available, and at a time when we’re responding to customer trends and needs quicker and more thoughtfully than ever before.”