Jordin Sparks Returns To Broadway For Role In ‘Waitress’

broadway321 jordin sparks1 Theater250 Waitress19
Popstar and American Idol winner Jordin Sparks will return to Broadway this fall, where she’ll take on a role in Waitress. Sparks will take... 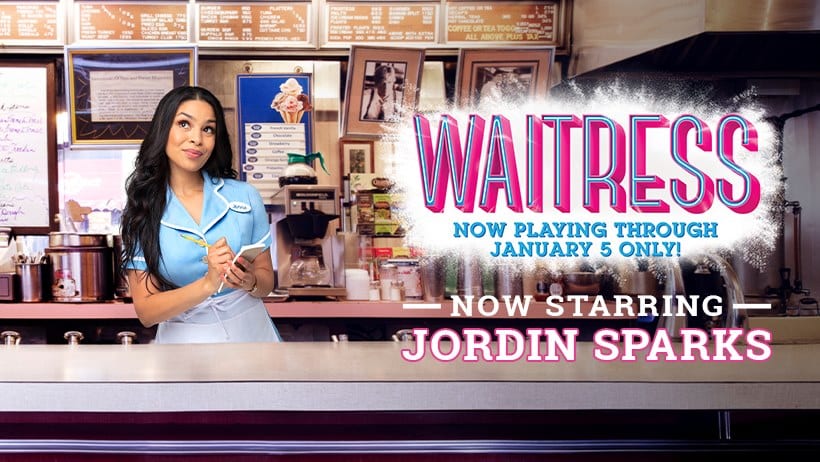 Popstar and American Idol winner Jordin Sparks will return to Broadway this fall, where she’ll take on a role in Waitress.

Sparks will take the stage as Jenna from Alison Luff on September 16 through October 27. She’ll perform alongside YouTube star Colleen Ballinger, as well as Mark Evans as Dr. Pomatter, Todrick Hall as Ogie, Charity Angel Dawson as Becky, Ben Thompson as Earl, Richard Kline as Joe, and Benny Elledge as Cal. The musical, which includes music by Sara Bareilles and a book by Jessie Nelson, is among the string of shows closing this season. However, it will remain running at the Brooks Atkinson Theatre through January 5, 2020.

This isn’t Sparks’ first time on the Broadway stage; she first made her debut in In The Heights back in 2010. She’s also dabbled in the film industry, appearing in movies like Sparkle, The Grace of Jake, Dear Secret Santa, and The Inevitable Defeat of Mister & Pete, as well as features in TV shows like The Suite Life on Deck, Big Time Rush, and CSI.

However, Sparks is best-known for her music. She first rose to fame in 2007 after winning the sixth season of American Idol at 17-years-old, and followed with the certified platinum debut record that same year. The self-titled record, known for singles “Tattoo” and “No Air,” earned her a Grammy Award nomination. From there, she released Battlefield in 2009 and 2015’s Right Here Right Now.

Her voice will certainly come in handy for Waitress, the musical revolving around the story of a waitress who starts an affair after an abusive relationship. Waitress will close this season along with Carole King, The Cher Show, King Kong, and Pretty Woman.