Earlier this year, WWE announced that it would return to Madison Square Garden for two live pay-per-view event for the first time in 10 years, however, with a week before the events, neither show is sold out.

Live tapings of Raw and SmackDown Live are set to take place on September 9 and 10 at the iconic New York City venue – the first time WWE has held an event at MSG since 2009. However, earlier this summer, Dave Meltzer of Wrestling Observer Radio called ticket sales “not good,” with both shows facing sluggish sales. He noted that while no one necessarily thought SmackDown would sell out, everyone thought Raw would instantly sell well. Meltzer blamed overpricing for low sales.

Now, two months later and a week ahead of the events, the shows are still not sold out. According to Ringside News, Meltzer talked about the events again on Wrestling Observer Radio.

“You know they’re still not sold out for MSG and they’re only a week away,” he said. “So that’s whatever, it’s pretty telling – first time doing TV in MSG in over ten years I think. You know they’re doing two-for-one’s here in San Francisco too. You know cause we’re in two weeks, the 23rd and 24th. So, they’re definitely having trouble selling tickets.”

In an attempt to boost sales, WWE has booked “Stone Cold” Steve Austin for the show. Yet, seat maps on Ticketmaster still show a struggle to sell seats. Tickets for floor seats are nearly $700, followed by tickets for around $200 in higher sections of the arena. View the seats that are still available for both Raw and SD Live below via Ticketmaster: 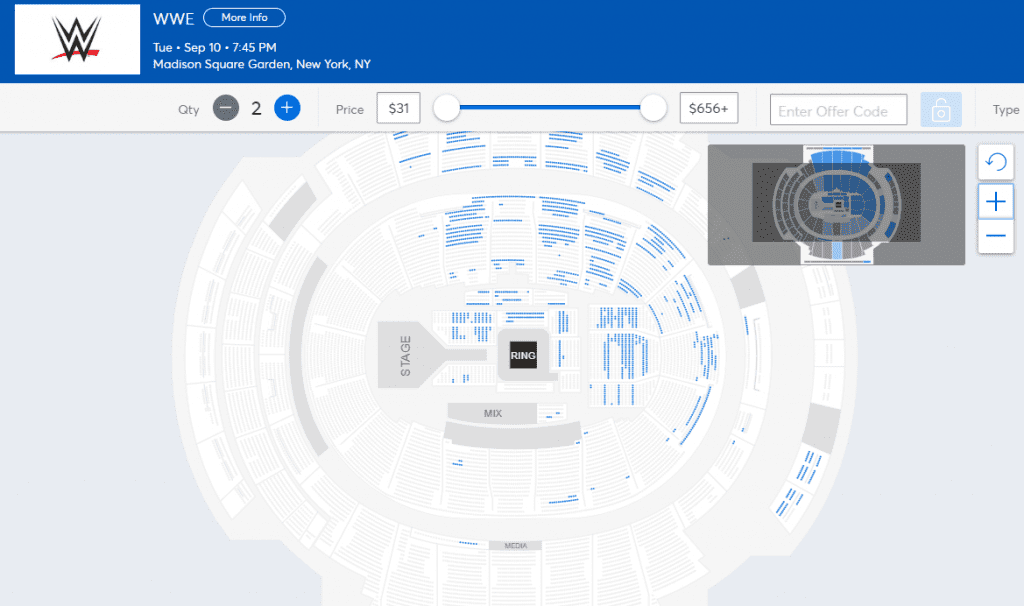 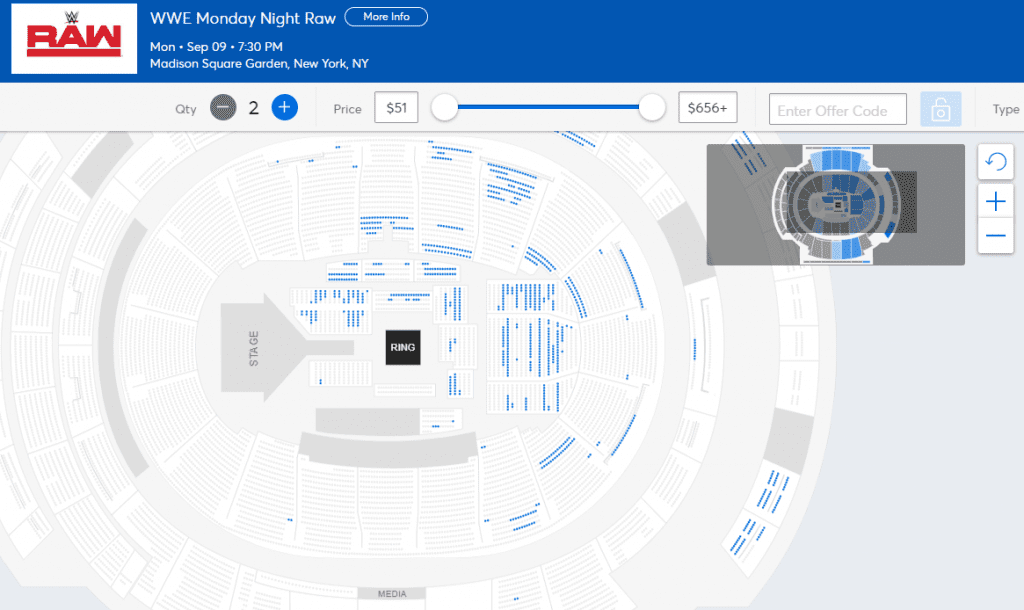 WWE has been struggling to pull in sales earlier this year for Stomping Grounds, which fans said was due to “rematches” and “stale feuds.” Then, part of the venue was reportedly covered in tarps and people had their seats relocated to better sections of the arena during the taping. The organization also struggled to sell tickets to the all-women event WWE Evolution, which Meltzer called the lowest sales for any WWE pay-per-view event in a while.

We’ll see if the return of Austin helps sales ahead of Raw and SD Live next week.