Speculative Tickets Easy to Find, Regardless of Marketplace

The dangers of so-called “speculative ticketing” are often brought up any time issues in the live event ticketing industry are mentioned. Such listings – tickets posted for sale that the person posting does not own and has no agreement to purchase them at the time listed – are blamed for high prices on resale marketplaces, and frequently pointed to as something in need of correction for consumers by primary ticketing operators.

What does one look like? It can be very difficult to spot. Take a listing on one popular resale platform for an upcoming show at Washington D.C.’s Kennedy Center – in the same city as today’s House Committee on Energy and Commerce hearing on ticketing.

One can find a sampling of tickets for a performance by Above & Beyond on May 18th on Ticketmaster.com – including seats in the Orchestra. Tickets in Row KK and Row LL are among the least expensive such offerings, going for $147 plus fees from the Live Nation-owned marketplace.

One detail worth noting – those listings are speculative in nature. We checked with the Kennedy Center’s Box Office.

“Oh, yeah, we discourage people from buying anywhere other than our website,” a friendly staff member told TicketNews on Tuesday afternoon when we confirmed that none of the seats in either Row KK or Row LL are currently sold. “Otherwise, you could wind up with vapor tickets, and it looks like that’s what you’ve got there.”

In testimony submitted by Ticketmaster VP and General Counsel Amy Howe ahead of Wednesday’s hearing, she lays out the company’s strong position against having such listings, and how they often catch “unwitting” consumers. “Ticketmaster strictly prohibits resellers from listing speculative tickets on its resale platform and conducts a thorough process to police the site and remove suspect listings,” she says. 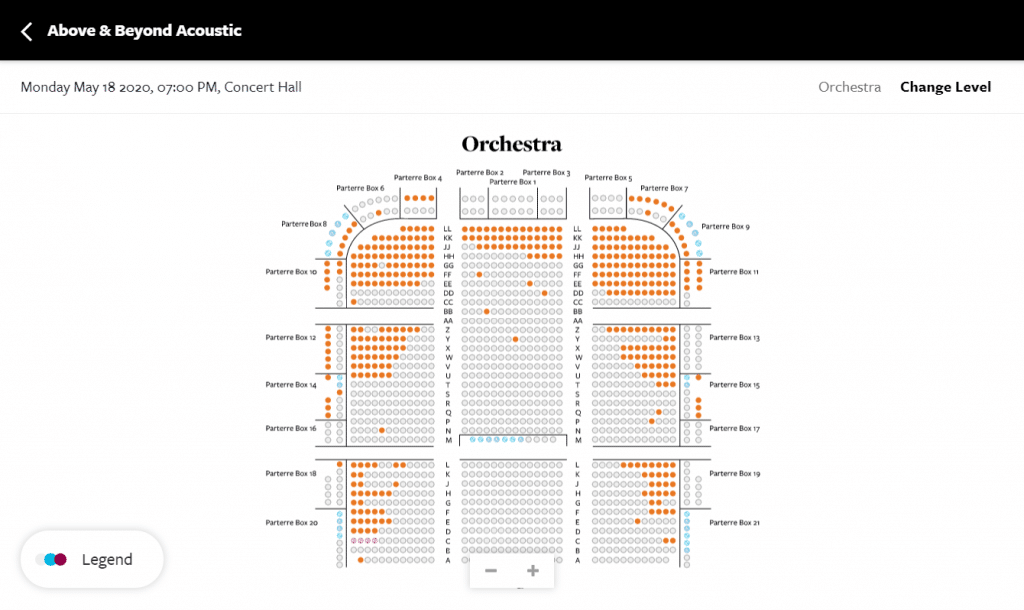 On a different event, a performance of Dear Evan Hanson at The Bushnell in Hartford, listings are available that are only suspicious if you know the row numbers of the venue: For several performances, there are resale tickets available listed in the back row of every section in the Orchestra, Mezzanine, and Balcony.

It is impossible to be certain that some of those tickets are speculative – though it is not uncommon to see back row listings be speculative in nature, as most customers don’t complain if substitutions offered are for a row closer than the one purchased – but listings for Far Orchestra Sides Row X can’t be anything but speculative, as those are still available from the box office (which doesn’t use Ticketmaster either). 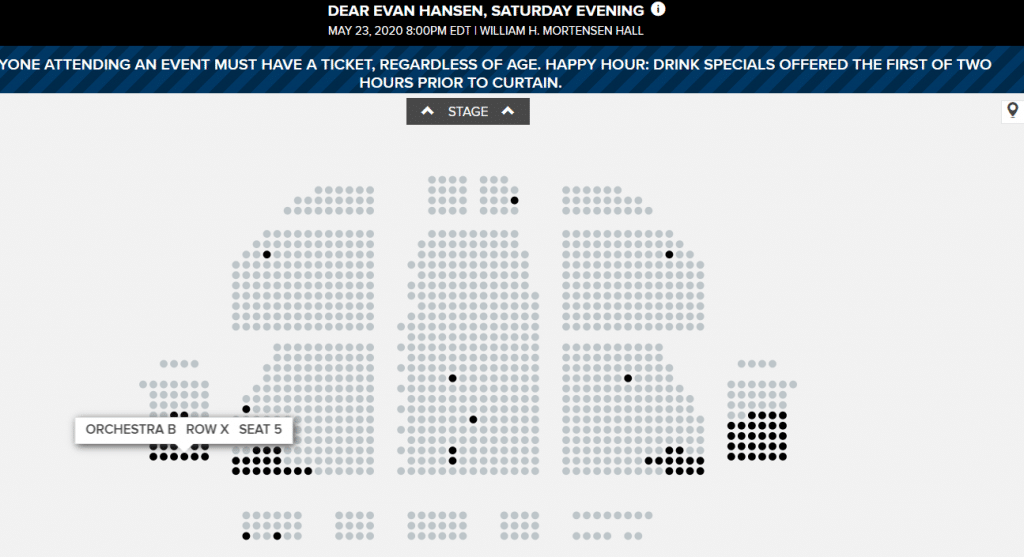 “Speculative ticketing is a mass arbitrage scheme employed by some ticket resellers to sell tickets they do not possess, and as such do not have a legal right to sell,” reads the opening of Howe’s statement related to such listings from her Wednesday testimony.

AXS CEO Bryan Perez is also set to testify in Wednesday’s hearing in Washington, and is also expected to pull few punches related to the harm done to consumers by speculative ticketing, as they describe it.

Under the header “AEG does not sell speculative tickets”, Perez is emphatic that his company is not “part of the problem” related to the scourge of such listings. AEG “does not allow the sale of speculative tickets on our ticketing platforms,” he says in his submitted testimony. Such inflated-price listings are “patently deceptive and result in fans paying more for tickets than otherwise necessary,” he continues.

Fans seeking tickets to the Backstreet Boys performance this summer in Hartford should therefore have no fear if they decide to grab tickets through the AXS operated Veritix platform, which has a number of seats available in Section 800, Row PP for sale at $193 each. 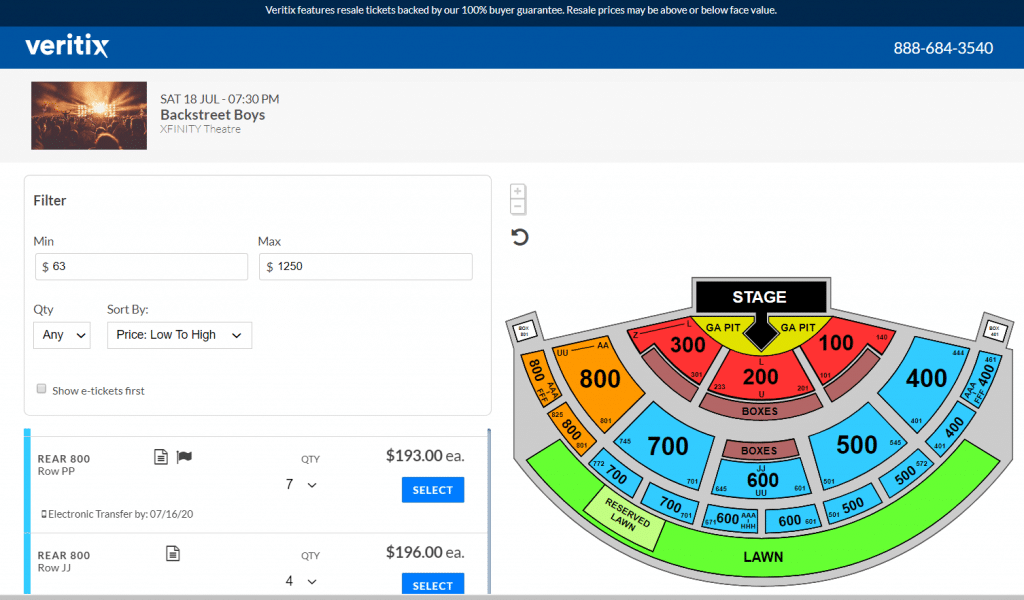 Fans might be better served grabbing those same tickets from Live Nation’s website, however, as the venue box office has every seat in Row PP still available for that particular show, priced at $120 plus fees.

In practice, obviously it is impossible for a resale marketplace to fully police every listing it has for potential speculative nature. With the ticketing ecosystem full of presales, season ticket holders looking to move extra tickets before they’re in-hand from the teams, and handshake deals between brokers and promoters that put large blocks of seats in the hands of resellers well before the first public onsale date, it’s basically impossible to verify in full the validity of a ticket listing.

“Identifying speculative inventory is very difficult to do, as the definition is inherently vague, and an inflated price is only one indicator of a potentially speculative ticket, says TicketNetwork CEO Don Vaccaro in his submitted testimony for Wednesday. “Ultimately, our primary concern as a marketplace is that the consumer receives the ticket purchased – and that it is the ticket he or she expected to receive.”

It is just worth pointing out that it isn’t just the resale exchange bogeyman where speculative tickets – in the true meaning of the word, as they are still available from the box office – can be picked up by unwitting consumers.

We’ll be interested in seeing what the primary marketplace representatives have to say regarding such listings in their appearances before the committee Wednesday, as they push to have such listings fully banned by federal legislation.