Covid-190 Covid-19 annualized death rate1
As western countries continue to struggle to slow the spread of the Covid-19 pandemic, Thursday saw a reported 2,783 deaths worldwide attributed to the...

As western countries continue to struggle to slow the spread of the Covid-19 pandemic, Thursday saw a reported 2,783 deaths worldwide attributed to the virus, making the Covid-19 annualized death rate over 1 million – 1,015,795 to be exact. Or, slightly more than 1,018,000 if you account for 2020 being a leap year.

There are reportedly 384,174 active cases worldwide, per data tracked on https://www.worldometers.info/coronavirus/, with 95 percent (364,616) considered to be in mild or moderate condition, and 5% (19,558) in serious or critical condition.

New York remains the epicenter of the pandemic for the moment, with 38,977 cases as of Friday morning and 466 recorded deaths, primarily occurring in New York City and surrounding counties. New Jersey and Fairfield County, Connecticut – which have numerous residents who commute to and from the city for work – are also among the hardest-hit areas in the United States.

With social distancing measures in place in most countries, hopes are high that most countries will see peaks of cases occur at some point in April, after which point we will see more recoveries than death, and an eventual return to normalcy for most. If this does indeed occur, the likely amount of actual deaths attributable to Covid-19 will fall far below the annualized amounts we are likely to see for at least the next few weeks as cases spike and medical professionals deal with unprecedented need.

Grim news notwithstanding, there is some positive news to report. Italy, which was the first “western” nation to see a spike in the disease, appears to have stabilized in terms of seeing a relatively flat number of new cases reported in each of the past seven days, rather than an upward trend. And worldwide, some 84 percent of recorded cases have been tracked as recovered or discharged from acute care – a number that is expected to rise as the initial rush of infected cases in western nations begins to see more recoveries than deaths. The number of recoveries in the United States also just surpassed the number of deaths, as the first wave of confirmed patients is beginning to see more individuals come out of the infection than succumb to it.

Additionally, cases in the United States are still ranging far below the numbers that some other countries have seen, per-capita. As of Thursday afternoon, only New York was at or above two cases per 1,000 residents. 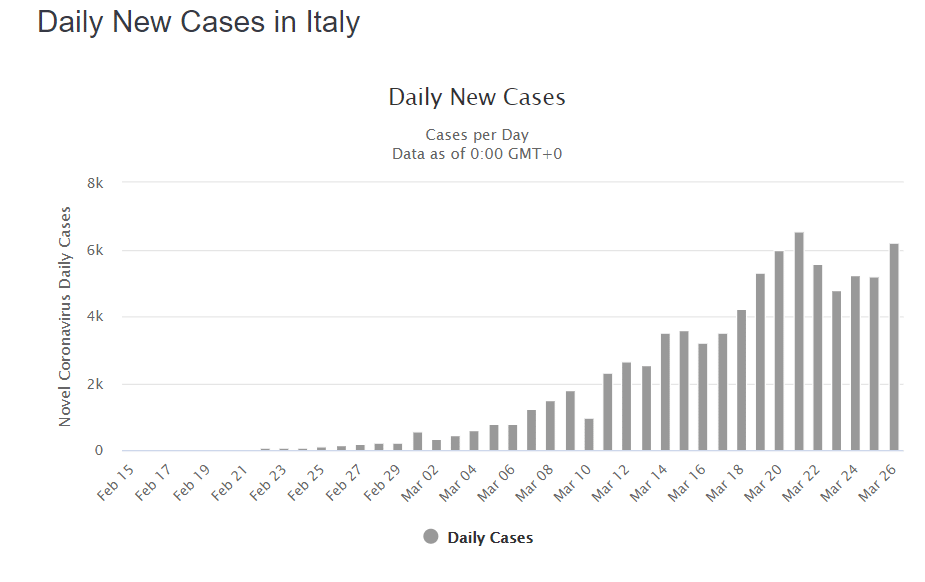 TicketNews will continue to provide rgular updates regarding Covid-19 and its ongoing impact to live events in the United States and beyond as this situation unfolds.