Pop icon Celine Dion is among the numerous artists that had to postpone tour dates in wake of the ongoing coronavirus pandemic. Now, she’s ready to share some of her new 2021 dates.

Dion was in the middle of the second round of dates on her Courage North American tour when news of the virus broke across the world. Those shows – which were set to take place in cities across the U.S. and Canada like San Francisco, Glendale, Oakland, Portland, Vancouver, and Edmonton – have not been rescheduled at this time, though they’ll likely take place in late summer or fall 2021.

Tickets purchased for all 2020 shows will be honored during the rescheduled 2021 dates. Other options, including refunds, may be available via point of purchase.

The Courage World Tour – Dion’s first in 10 years – was planned in support of her 2019 record, Courage. The LP features tracks like “Lying Down” and “Imperfections.” 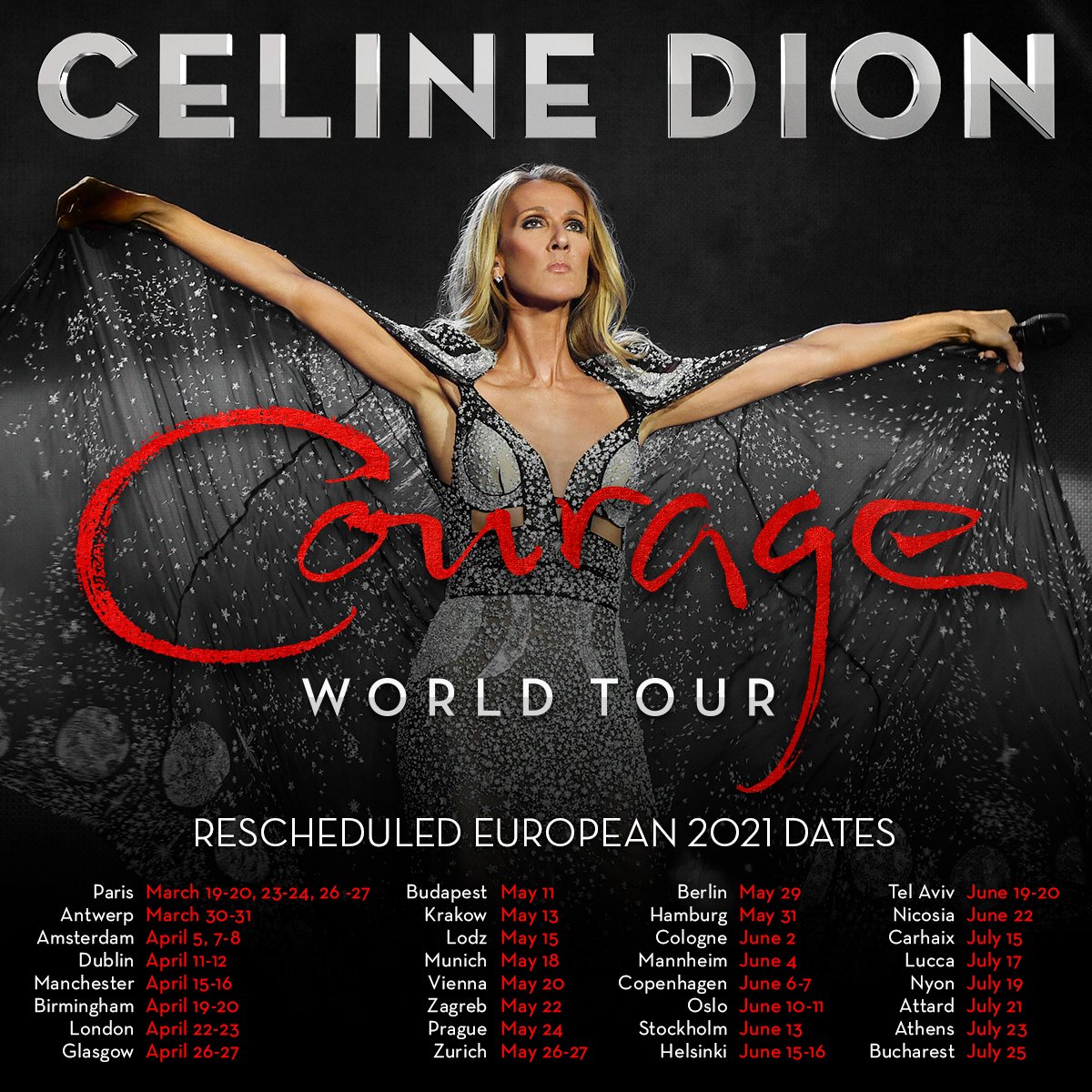