Event Genius6 Festicket15 Stephanie Rosa1 Steve Levy1
Festicket is continuing its planned expansion into the North American market, announcing a pair of executive hires as well as the opening of a...

Festicket is continuing its planned expansion into the North American market, announcing a pair of executive hires as well as the opening of a Los Angeles HQ where they will operate. Stephanie Rosa has been brought in as the VP of Sales, while Steve Levy will serve as Consultant General Manager for North America, according to a release sent by the company. 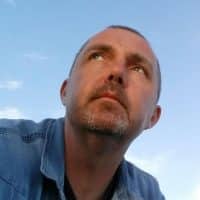 Levy is the former CMO of Virgin Fest and Head of Marketing at Insomniac Events, bringing a wealth of live music experience to Festicket.

“I worked with Festicket pre-pandemic in my roles at Virgin and Insomniac. I was most impressed with their ticketing and payment solutions” said Levy, “I truly believe they are best in class and I am excited to work with [Festicket CEO] Zack Sabban and his team to re-launch here.”

Rosa has been with Festicket since the end of 2019, initially serving as Business Development Manager. Her new role will involve spurring growth in Festicket’s U.S. client base for primary ticketing and other solutions. She will join Levy alongside North America Account Manager Cheyanne Powell at the Los Angeles office.

“I am beyond thrilled to take on the role as VP of Sales, North America for Festicket” said Rosa, “Festicket is a company I have watched grow and admired since I discovered it while traveling internationally in 2015. When I saw that the company was expanding to the US, bringing with it the new end-to-end Event Genius offering, I knew I had to be a part of it.”

“Together, Festicket and Event Genius have proven to be one of the most innovative and tech forward companies in the ticketing industry, constantly improving the system, finding new ways to drive success for its clients and providing the easiest customer checkout experience” said Rosa, “I am excited to lead this business in North America and build a team to support our growing client list.”

Yonas Blay, CCO at Festicket commented: “Since joining the business, Stephanie has proved herself time and time again and we’re excited to see her work alongside Steve, whose experience in the industry speaks for itself, to grow our American business from the new LA headquarters. We’ve felt for some time that there is room for disruption in the ticketing sector and with our new end-to-end offering we now feel we’re really well placed to cement our position as a leading player across the US.”