Several injuries were reported after a brief panic took hold at Live Nation’s Lovers & Friends event in Las Vegas on Saturday, due to mistaken reports of gunfire in the crowd. Three individuals were treated and transported to local hospitals, suffering trample injuries when some were attempting to flee the grounds.

Something happened at the Lovers & Friends festival. Sounds like it may have been a false alarm. pic.twitter.com/2SFIGr1kw0

Las Vegas Police told TMZ “Shortly after 10 PM, gunfire was reportedly heard near the site of the Lovers & Friends Festival, causing a large group of attendees to exit the venue. At this time, there is no evidence of a shooting and the initial report has been deemed unfounded. Three people were transported to a local hospital with minor injuries. The show has since resumed.”

The incident only briefly halted the event, which was headlined by Usher, Ludacris, Lil John, Lauryn Hill, TLC, Ciara, and Nelly. It was put on by Live Nation, Snoop Dogg, and Bobby Dee. The second day of the festival at Las Vegas Festival Grounds, went off as planned on Sunday.

Prior to the panic, fans had already taken to social media to complain about the conditions at the event in the heat of Las Vegas. According to Uproxx, complaints were aired about the event organizers’ “inability to provide adequate resources for those who attended the show in the sweltering desert heat as temperatures approached 100 degrees. Fans voiced their frustration about a lack of shade and a poor supply of water among other things at the festival.” 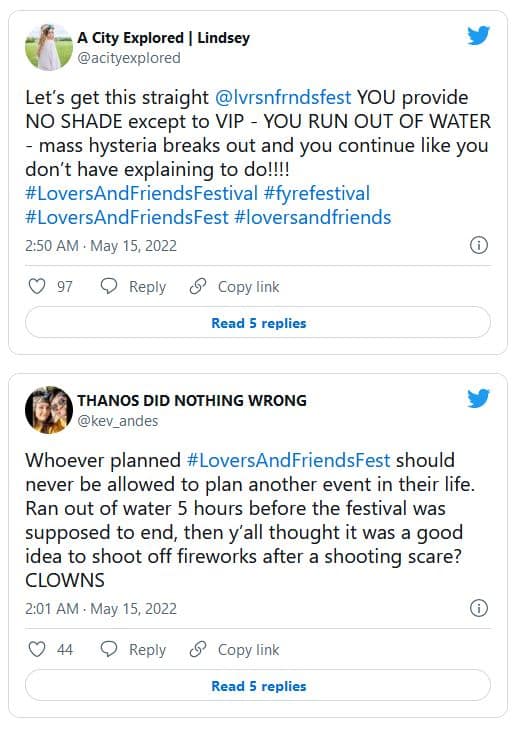 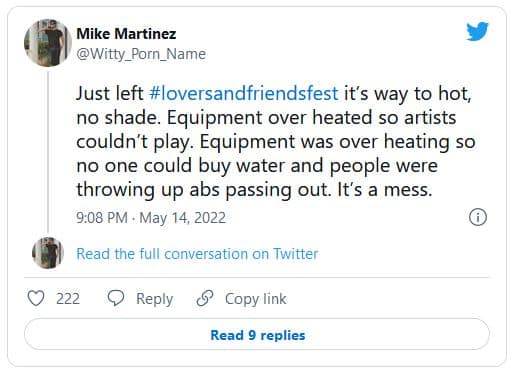 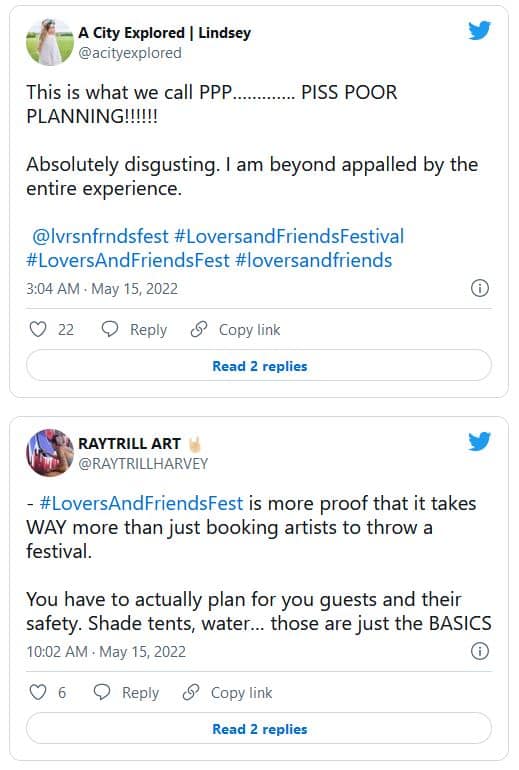 Live Nation’s safety record at festival events has been the focus of serious scrutiny in the months since ten were killed in a crowd crush at Astroworld Festival in Houston. Lawsuits have been plentiful, arguing that Live Nation failed in its duty to plan properly and ensure safety for those who attended the event. It is possible that the tragedy at a previous Live Nation festival in Las Vegas – the Route 91 Harvest Festival in 2017 – was a catalyst of the panic.