Adele shared plans to head to England for The BRIT Awards and appear on Graham Norton’s talk show on social media this week, but gave no news regarding the Las Vegas shows, which would be entering their third weekend on Friday if the original schedule had been honored.

“Hiya, so I’m really happy to say that I am performing at the Brits next week!!,” read the post on Twitter, accompanied by a photo of the singer appearing to laugh hysterically at something while holding a playing card. “Anddddd I’ll also be popping in to see Graham for a chat on the couch while I’m in town too! I’m looking forward to it! Oh, and Rich sends his love [heart emoji]”

Hiya, so I’m really happy to say that I am performing at the Brits next week!! Anddddd I’ll also be popping in to see Graham for a chat on the couch while I’m in town too! I’m looking forward to it! Oh, and Rich sends his love ♥️ pic.twitter.com/8DsDPcH8ph

The BRITs are scheduled for February 8. Adele is up for four awards, including Artist of the Year and Album of the Year.

Weekends With Adele was originally scheduled to run from January 21 to April 16 at The Colosseum at Caesars Palace, with two shows each weekend (save the weekend of February 18-19). She postponed the shows indefinitely just a day before launch, claiming that COVID cases among the crew had led to production delays and the show was not ready to go on. But since that point, reports have been critical of that excuse, indicating that the delay was due to drama within Adele’s camp and outrageous demands on the venue and staff. After this coming weekend, six of the originally scheduled show dates will have already been missed, while four other dates have been taken by Keith Urban performances. Between Urban, Rod Stewart and Sting, many potential 2022 dates at The Colosseum have already been taken through mid-June, with Stewart also scheduled for two weekends in the fall.

Those who wish to request a refund from Ticketmaster for their purchase can do so until only February 19, but there’s no indication that rescheduled dates will be announced by that time.

Adele fans, many of whom paid thousands of dollars for tickets to the residency, didn’t appreciate the tone of her BRITs announcement when the Las Vegas shows remain in the lurch. They were out in force in the replies to her post on Twitter. 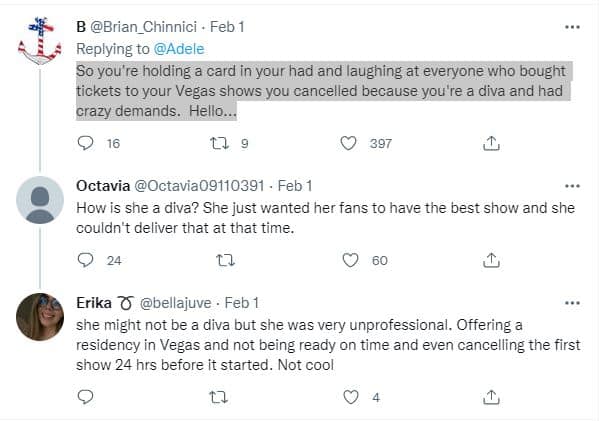 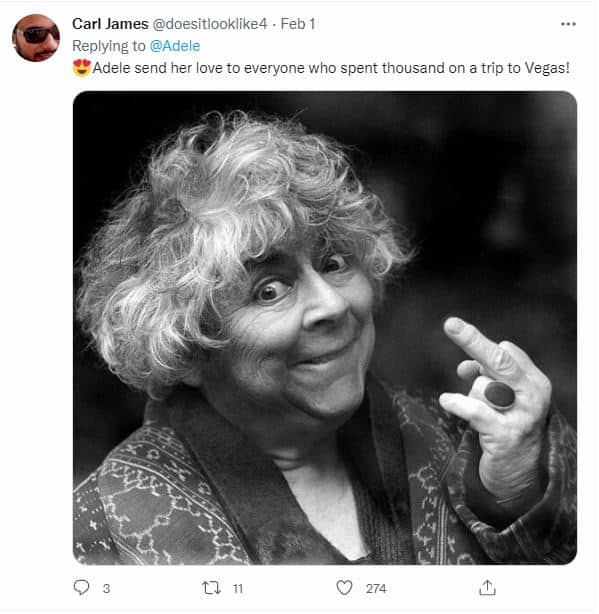 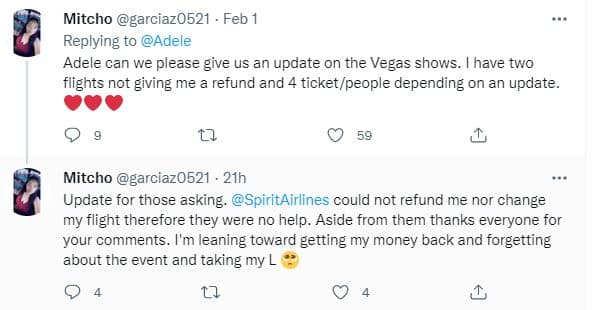 Of course, many fans were quick to defend the singer and her actions in that same thread. But it will be interesting to see how the reactions go when the shows are rescheduled, and how long the folks at Ceasar’s are willing to wait on her team to come to their decision regarding the residency.