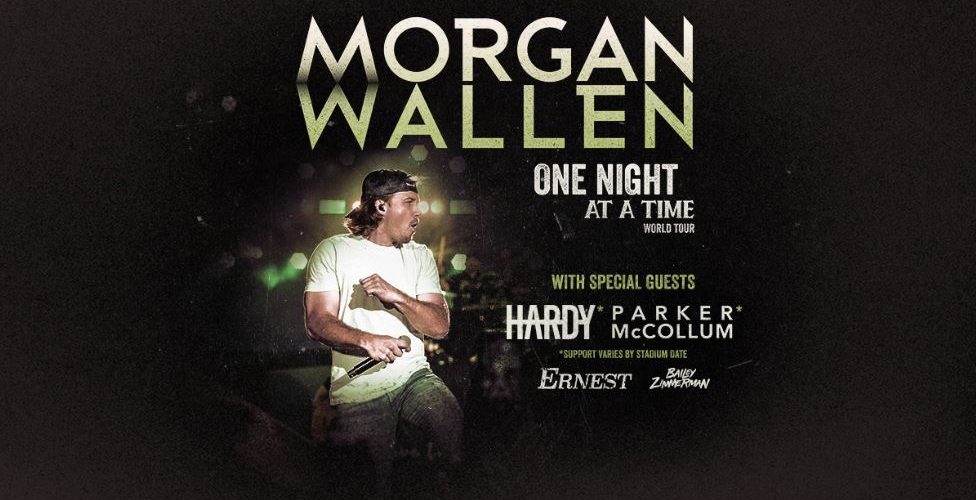 Morgan Wallen fans are already expecting the worst Wednesday morning when tickets go on sale for the singer’s One Night at a Time tour, after Ticketmaster sent an email Tuesday afternoon warning that “there is more demand than there are tickets available.” Many have taken to social media, predicting a repeat performance of the messy Taylor Swift Eras Tour presale in November that has landed Ticketmaster and parent Live Nation in extremely hot water with fans and legislators alike.

Fans who were selected in the Verified Fan “lottery” were notified on Tuesday afternoon, with the presale scheduled to take place beginning Wednesday. Ticketmaster’s warning indicated that there isn’t likely to be a sale open to the general public, despite 14 additional dates being added to the touring plan on Monday. Fans who didn’t get a bid through “Verified Fan” – which purportedly boxes out “bots” and those intent on reselling tickets, though Ticketmaster still blamed the Taylor Swift chaos on bots, and apparently sold at least one legislator on that excuse – were quick to vent their frustrations, knowing that being locked out of the presale likely means there won’t be any tickets available for them to buy outside of resale outlets.

Ticketmaster workers when they see Morgan Wallen tickets about to drop after the Taylor Swift debacle pic.twitter.com/exN0O55U5n

For everyone that got waitlisted to Morgan Wallen: how does it feel knowing that either bots, someone that knows two of his songs, or someone that’s gonna sell tickets for $12,000 got a presale code and not you?…let’s cry together…

Fuck @Ticketmaster and their “lottery” to see who gets verified fan presale for @MorganWallen . Signed up 20 minutes after he announced his tour. DO BETTER TICKETMASTER.

🗣️IF YOU GOT A CODE SPEAK NOW. I NEED PROOF THAT SOMEONE GOT ONE BEFORE I GO FERAL🗣️ Morgan Wallen, Ticketmaster, Verified Fan Presale

Lol that Ticketmaster waitlisted me for Paramore, Taylor Swift, AND Morgan Wallen. I spend literally thousands of dollars a year on concert tickets. There should be some kind of loyalty program or something. Lame.

@Ticketmaster count your fucking days. Between not getting Taylor tickets and now this?! The last straw has been pulled. Morgan Wallen Verified Fan Presale has broken my heart. pic.twitter.com/p9LEMbpXVN

Wednesday’s warnings indicate fears on the part of the ticketing and promotional giant that expectations need to be set at a low bar for fans who are about to enter the presale process – at least those lucky enough to have gotten a bid through the “lottery style” system that it is now characterizing Verified Fan as being – rather than the ticket surge pricing engine that it actually is. “An invite does not guarantee tickets – so be sure to join the presale as soon as possible for the best chance to get tickets,” reads part of Tuesday’s warning email from the ticketing operation. “Do not attempt to join the presale unless you receive an invite code. Only Verified Fans with approved links will be able to join.”

The Morgan Wallen ticket sales process has followed a very similar pattern to this point as did Taylor Swift’s. First, the tour was announced, with a call to register for the “verified” process. Then it was commented that the registrations were enormous, setting up the need for the announcement of new tour dates. And now, on the eve of the sale, the warnings are coming: expect a painful process, even if you did get a code.

Wallen only recently wrapped his “dangerous” tour in October, having spanned eight months of 2022 for the country star. The One Night at a Time tour is just as ambitious, covering performance dates from March all the way through to early October.