Gary Adler8 Live Nation761 NATB13 Ticketmaster820
High-demand events generate a lot of passion when it comes to accessing tickets and the price of those tickets. Fortunately, a variety of ticket...

High-demand events generate a lot of passion when it comes to accessing tickets and the price of those tickets. Fortunately, a variety of ticket sources, including online marketplaces, offer a safe place for consumers to shop for resale tickets even if a show is sold out. The secondary resale market provides alternatives. This is true not only for events that sell out fast and command higher resale prices based on demand, but also for events where sales are sluggish and tickets can be found at a lower price. Importantly, fraud is very rare in the legitimate secondary market — the largest global resale marketplace having testified before the U.S. Congress that it experiences less than one percent fraud on its platform. Suffice to say, the secondary market is generally a very safe and reliable place for consumers to shop for and purchase tickets. 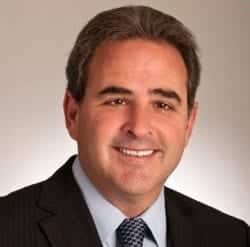 Putting aside these facts as well as deeply entrenched opinions about ticket resale, last Thursday’s incident involving The Black Keys’ show at the Wiltern Theater in Los Angeles serves as the latest example of how efforts to constrain resale can backfire and punish fans who paid full asking price for legitimate tickets

To be clear, consumers were not duped into purchasing fake tickets to the Black Keys at the Wiltern. The only scam that occurred happened about an hour before the show, when Ticketmaster-designed technology was activated to allow attendants at the door to easily usher-in fans who purchased tickets on Ticketmaster’s website and to instantly deny those who purchased on a competing site — even though these tickets were genuine. Keep in mind that Ticketmaster already collected its fees in the first, initial sale of the ticket.

In the aftermath of the Black Keys fiasco, those responsible for the chaos are attempting to brand average consumers as on the wrong side of ticket buying simply because they purchased tickets on resale platforms even though, according to many reports, the purchasers had no idea that their tickets would be invalidated at the show. To make matters worse, Ticketmaster’s refusal to honor these tickets smacks of hypocrisy considering the fact that the company’s own secondary ticket resale unit has tickets available for other Black Keys’ shows. All of this goes to show that Ticketmaster indeed isn’t against ticket resale, so long as it is resale that it either owns or tightly controls.

The PR spin around this new revolving bar-code technology is that it reduces ticket fraud and advances an altruistic crusade to put tickets in the hands of real fans at the initial price. However, as NATB has warned in the past, so-called “well- intended” technologies and practices can be implemented in ways that harm consumers and hamper competition in favor of the world’s largest ticketing agent. Let’s not forget that the fans who got turned away at the Wiltern were just as much Black Keys fans as those who were allowed in. The only difference is that they may have paid more for their tickets. Real fans, punished for not submitting to Ticketmaster’s dominance. Meanwhile, most if not all of them began their search for tickets on Ticketmaster, and then turned to one of their other trusted sources for tickets when they could not find any on Ticketmaster. They accepted a higher price on the resale market in light of low supply to meet an outsized demand, paid for their tickets, and were surprised and punished anyway.

The real goal of this overreach by Ticketmaster is to create an entirely closed ticket ecosystem — a walled ticket garden — wherein consumers are forced to purchase and resell from a single company that sets all the terms, conditions, fees, pricing restrictions, and more. And while they want you to believe that this would eliminate ticket feeding frenzies around high demand events where prices can escalate, gone also would be those incredible last-minute deals when sales at the box office or on Ticketmaster’s site aren’t as they hoped. Finding a good deal, or even having more than one place to shop, will become a thing of the past. Supply and demand market-driven dynamics — the same that impact prices in other markets like houses and pre-owned cars — will be wiped away. If the end goal is having only one place to purchase tickets, is it realistic for fans to believe they will have improved access to tickets or that they will encounter lower prices? Many economists say no, because where there is less choice, there are usually higher prices.

This is the reason why government authorities around the world — including the U.S. Department of Justice — need to investigate Ticketmaster. The sight of a monopoly comes in many forms, but this time it was infuriated fans outside the Wiltern Theater. In addition, there is a proposed new law before the United States Congress that if enacted will dictate new rules of the road for Ticketmaster and other ticket sellers. Last week’s situation serves as the latest evidence that government intervention is urgently needed.

Gary Adler is an attorney with Adler Law PLLC. He serves as Executive Director and Counsel of the National Association of Ticket Brokers