Tickets for Pearl Jam’s 2022 show went on sale this week, and fans have been shocked at the prices being charged. Posts on social media are sharing screenshots of prices like $956 plus fees for nosebleed seats at Madison Square Garden, and multiple thousands for lower level. Typically, such anger is quickly directed at ticket resellers, but in this instance, it’s Pearl Jam and its tour promoter – Live Nation Entertainment – charging those prices.

Pearl Jam, which famously accused Ticketmaster of driving up fees by creating a monopoly when it gobbled up competitors in the 1990s, has come full circle. After lobbying on Ticketmaster’s behalf against the BOSS Act, the band is once again using Ticketmaster mobile-only ticketing systems to strip their fans of ticket transfer or resale rights for their upcoming tour dates, save in New York and Colorado – states which require consumer choice in ticket format by law. With the transfer and resale restrictions in place, there should be no “scalping” but that’s where Ticketmaster “platinum” tickets come in.

“Platinum” tickets have become all the rage for event organizers, who have increasingly opted in on them. They aren’t special or VIP tickets in any way – they are just regular tickets, marked as “platinum” and then sold at extreme mark-ups over anything that was initially pretended to be “face value.” In its recent earnings report Live Nation cited the increased use of platinum pricing as a key driver of its record-breaking revenue. For Pearl Jam, the “platinum” tickets are marked as “PJ Premium,” but it is just a slight variation in name on the same thing: taking tickets that would have been one price, and multiplying that number by a factor of 2-3 all while claiming to protect fans from “scalpers.”

Pearl Jam fans are making it clear that they’re not happy in forums and on social media, having seen the prices that they’ve always been told to blame on ticket resellers being charged by the band itself.

A little follow up… these are the ticket prices for @PearlJam at MSG in September. This is through @Ticketmaster NOT a reseller #holycrap #greed pic.twitter.com/Bkd6P18mzW

The same Pearl Jam who took Ticket Master to court in the 90s over high ticket prices are now charging over £1000 for tickets to shows.

@PearlJam thought you were against inflated ticket prices the lowest ticket is 108 up 1500 ridiculous pic.twitter.com/Ek383RMPEi

The @Ticketmaster verified fan thing is a mess. Ticket prices are outrageous in the name of fairness & keeping them out of the hands of resellers.@PearlJam tickets, for example, are $379 for behind the stage in Las Vegas, atm. @iamjohnoliver did an entire show on the topic.

That last bit is true – John Oliver did spend the majority of a recent episode taking down Ticketmaster and its role in driving ticket prices up. That piece did touch on the fact that Live Nation and Ticketmaster have increasingly gotten artists to buy in on the concepts of dynamic pricing and “platinum” pricing to jack up profitability, all while doing everything in their power to restrict consumer rights for ticket resale or transfer, and blaming “scalpers” for everything anyways.

Look at the recent Paul McCartney tour that went on sale. Prices were predictably bonkers, as has become the norm. As presales were underway, the Spokane Public Facilities District warned consumers to be wary while they shopped – saying that ticket prices should range from $99-299, with anything higher “most likely a scalper.”

Meanwhile, prices on the venue’s own website for the Paul McCartney concert were actually priced up to $2,895 before fees. 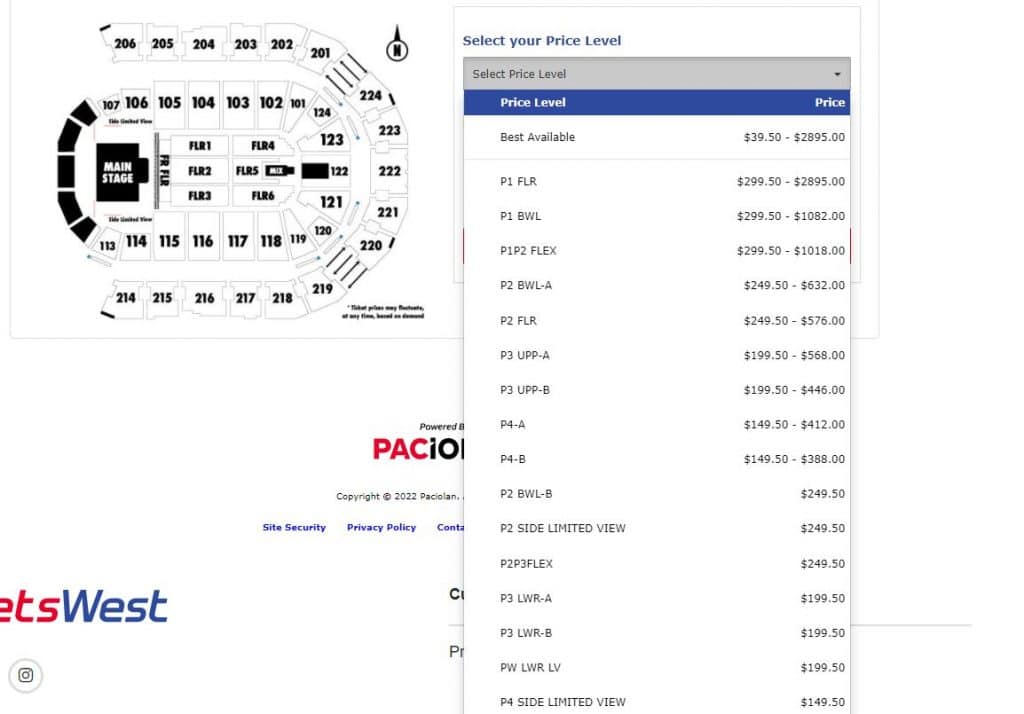 When contacted for clarification on its consumer warning, a spokesperson for the district told TicketNews that they were merely trying to warn consumers away from resale websites. They did not believe implying any price over $300 would be “scalping” while saying charging ten times that amount without it being “scalping” was at all hypocritical, apparently.

The list of examples goes on and on. Daddy Yankee’s final tour is on sale this week, and while may shows “sold out” rapidly, they continue to have thousands of tickets available, only marked up by 500 percent and tagged as “platinum” instead of having been made available at face value to the public.

When news broke that Live Nation admitted artists scalped their own tickets in 2019, it was a pretty major scandal, even if common knowledge within the industry. What seems to be going on now is just a different page from the same playbook. Rather than holding back tickets entirely, then selling them through resale marketplaces, Live Nation and Ticketmaster have created a system that allows for artists to do the same thing, only by calling it platinum instead of scalping.

The question is: How long will fans let them get away with it?