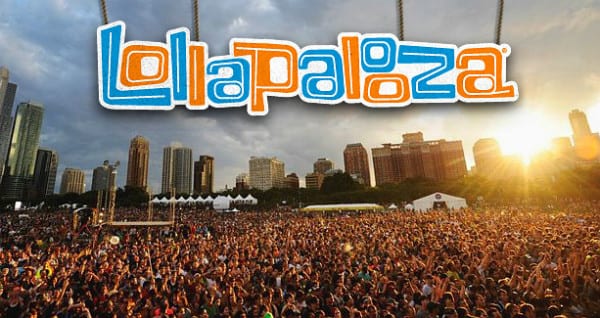 Lollapalooza Decision To Come This Week, Per Chicago Mayor

Chicago26 coronavirus347 Lollapalooza32 music festival233
As the summer months are approaching, Chicago festivalgoers are itching to know: will Lollapalooza still go on as planned? Right now, there has been...

As the summer months are approaching, Chicago festivalgoers are itching to know: will Lollapalooza still go on as planned?

Right now, there has been no distinct answer from organizers regarding this year’s edition of the festival. Back in March, organizers delayed the announcement of its lineup noting that they are “at home, taking care of each other, listening to music, and dreaming of summertime in Chicago.” Illinois Governor J.B. Pritzker held a press conference where he urged large festivals and concerts to “think seriously about cancellating large events” in Chicago this summer due to coronavirus concerns.

Orgaanizers promised that festivalgoers will only have to wait a little longer and will have a decision regarding the 2020 event by the end of May while they carefully consider their options. However, they noted that “Chicago is our home, and we will continue to remain optimistic about Lollapalooza 2020.”

Earlier this month, organizers said they have been in touch with their partners, as well as the City of Chicago, to decide the festival’s fate. Now, Chicago Mayor Lori Lightfoot said in a press conference Friday that a decision regarding the festival will be made sometimes this week, as Chicago is poised to enter the third phase of its reopening plan in early June, NBC Chicago reports.

As organizers mull their decision, the festival has been streaming archived sets to keep the festival spirit alive. Each week, fans can view past performances throughout the festival’s 29-year history through Lolla From the Vault, as well as the EDM-focused Perry’s Power Hour stream.

Lollapalooza is currently slated to run from July 30 to August 2 in the city’s Grant Park, drawing in nearly 400,000 people. If festival organizers do call-off the event, it wouldn’t come as a surprise; other Chicago fests like Pitchfork Music Festival, Ravinia Festival, and Spring Awakening have cancelled its 2020 editions.

See our full, updating list of festivals postponed or cancelled due to coronavirus here.